I’m soon going on vacation, this weird concept that you get when you have employment, where you spend some time not working at all. Employment is rare for me, so it still feels like some kind of novelty. And it won’t be completely without work since we have a CBA release/exhibition on July19 (work being defined as when you do things with a purpose other than pleasure/relaxation, not to be confused with employment where you also get paid).

So I thought I should make some small summation of what I’ve beem doing lately. I should say ‘we’ rather than ‘I’ since most of what I do is done in the context of one or more of the collectives I’m part of within the Hybriden constellation…

Let’s start at the chronological end, with this year’s CRACK! festival (June 20-23) where I was with Kinga Dukaj and Luddvig Melin to represent AltCom/Hybriden/Wormgod/CBK/Tusen Serier and ourselves as artists. If you don’t know, this is one that I’ve been going to every year for the last decade or so, except last year. Which was probably good, because this time it felt better than it has for a while. Less people than usual, but I got some of that magic back, where you meet new people who do interesting stuff, old friends that you only see once or a few times a year (depending on which festivals you go to) who also do interesting stuff, you see lots of cool art, you make some yourself, you’re in this small piece of a possible future/squat paradise on earth called Forte Prenestino to share in the evolution of the comics/printed art underground. It’s a source of inspiration for AltCom and for a lot of what I do and how I do it. 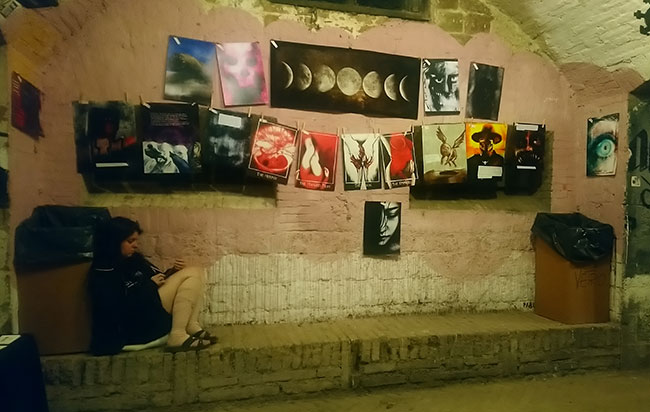 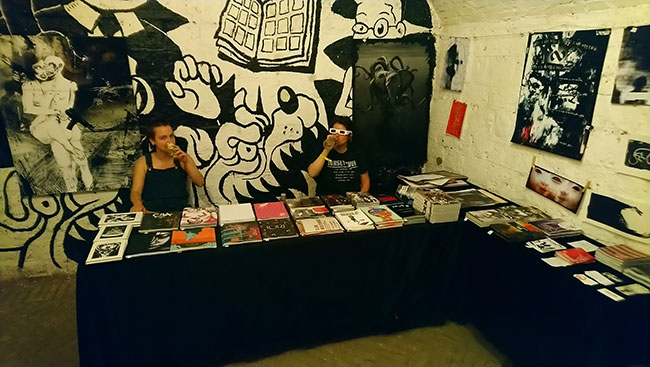 The theme for this year was APERTO (OPEN), similar to the NO BORDERS theme of AltCom 2012, so that fit us well considering what we’re usually publishing.

On June 22 there was also a huge demonstration against evictions of squats as well as against raised rents in general. CRACK! has a natural connection to this since Forte Prenestino is a squat since 1986. I didn’t go to the demo myself because I can’t handle being out in the Italian heat for that long, but rumor says it was a manifestation of around 100 000 people.

I also have to say, without going into details, that the crisis management from the festival organizers is very commendable. They managed to turn an incident into an assembly of around a hundred artists to discuss what had happened. In the end some people disrupted the meeting and I’m not sure where they will go from where it ended, but I fully trust them to handle it in an intelligent way that is respectful to many different aspects of the whole situation.

A while ago, we opened a new permanent exhibition at Hybriden, with works that have been produced at Fanzineverkstaden by its members and/or workshop participants. It was also, finally, the official release event for Fosfor, our zine distribution system. 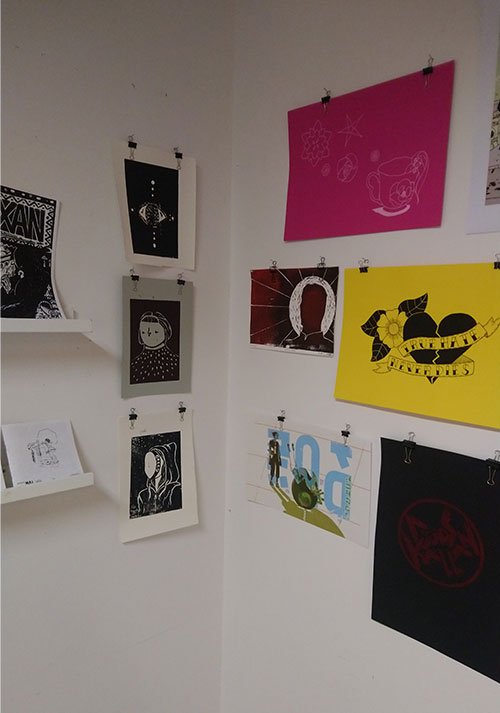 The Lore exhibition is still up, with material related to the theme of the latest issue of CBA. The best bet if you still haven’t seen it is to go this week (Wed-Fri 11-15 + Sun 12-15). After that, Hybriden will close for the summer except for the opening of the Qtopia exhibition on July 19 (at Hybriden). As I write this, we’re actually in the final stages of finishing to files for CBA vol 45: Qtopia to send off to the printer.

We’ll be back in August at Fanzineverkstaden, open weekdays between 15-21, with lots of new workshops coming up during the fall, so keep an eye open for that. And do use the place, because it’s a great opportunity to print stuff and try some new ways for self-publishing, and you never know how long it’ll last (except we know we’ll be here for at least another year). We also brought home some examples from CRACK! to use for inspiration.

And speaking of things that are being printed as we speak… My contributions to the upcoming Wormgod book, After the ends of the world 2 by me and Susanne Johansson, have largely been produced at Fanzineverkstaden in between my regular working hours. More on that later, but here are a few of the pages from the book that I also showed as prints at CRACK! 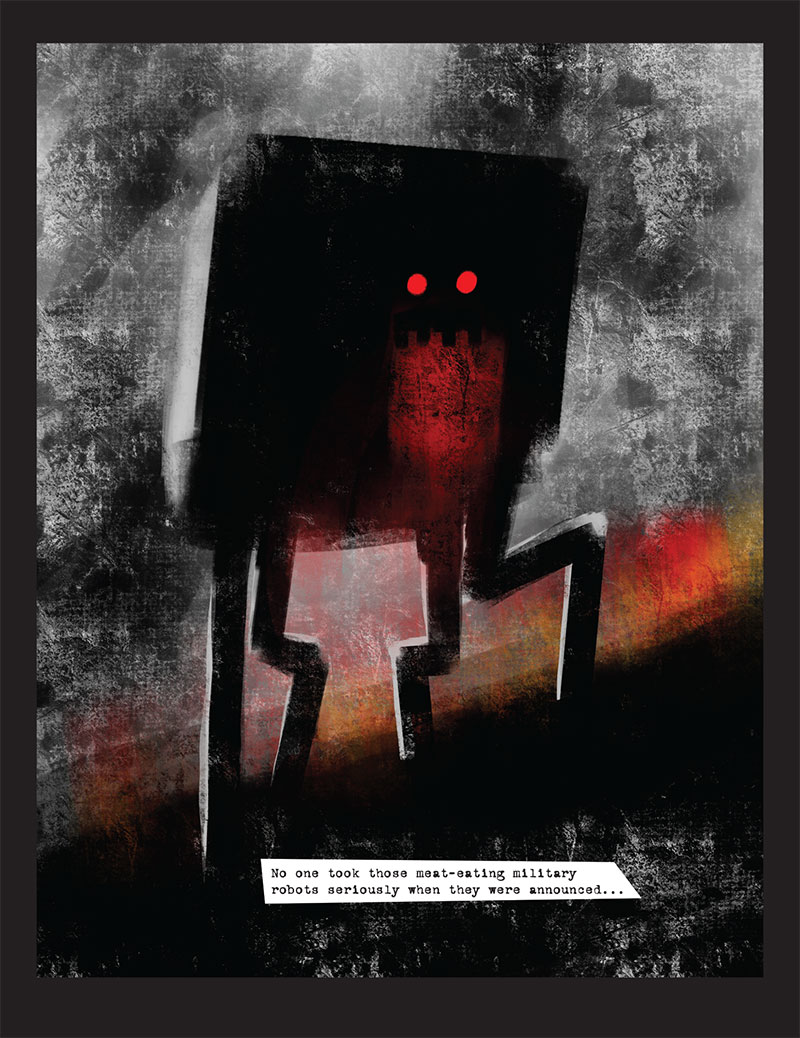 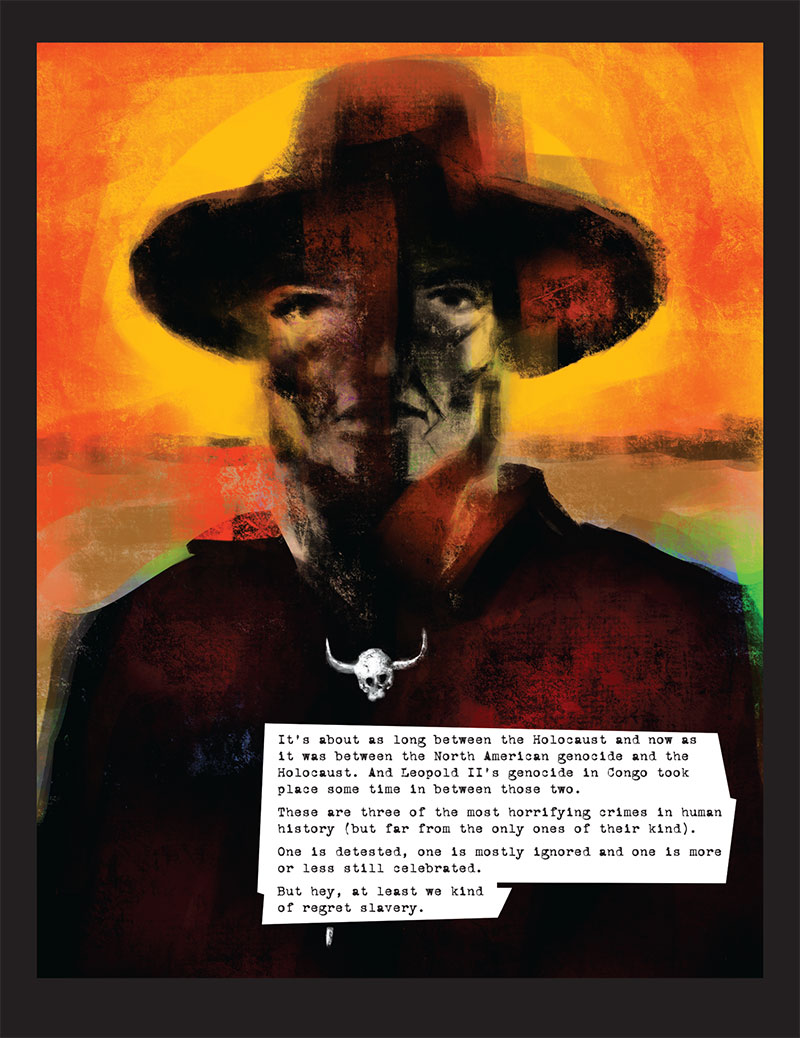 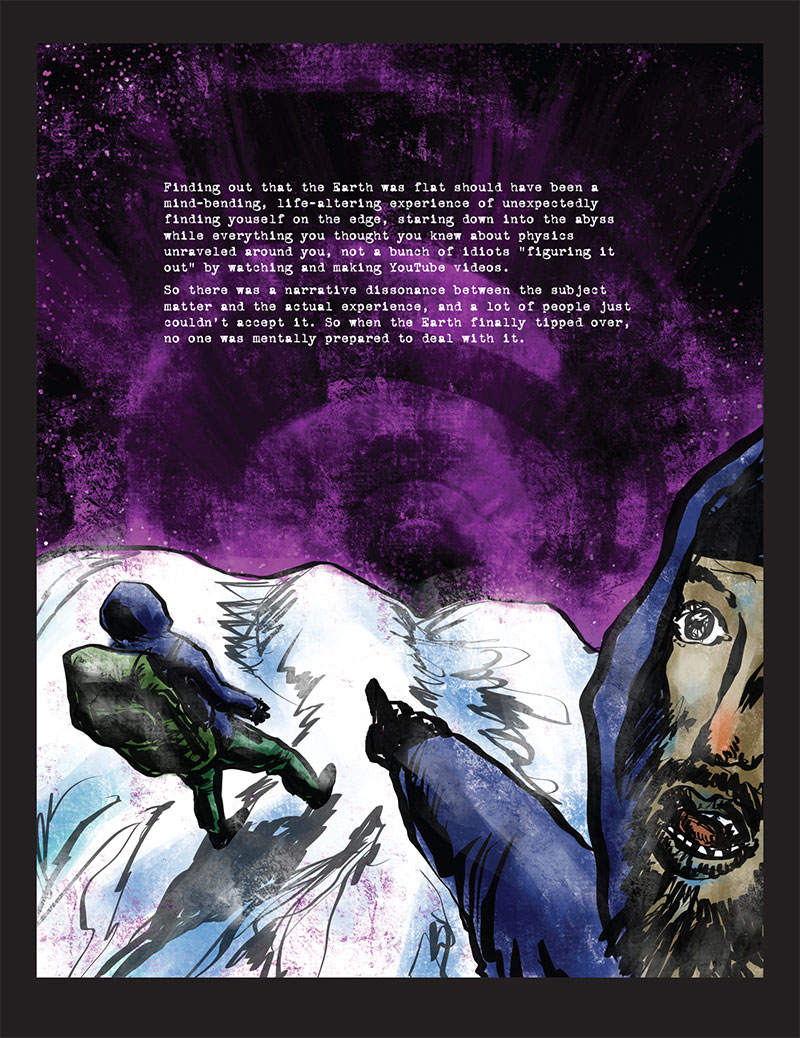 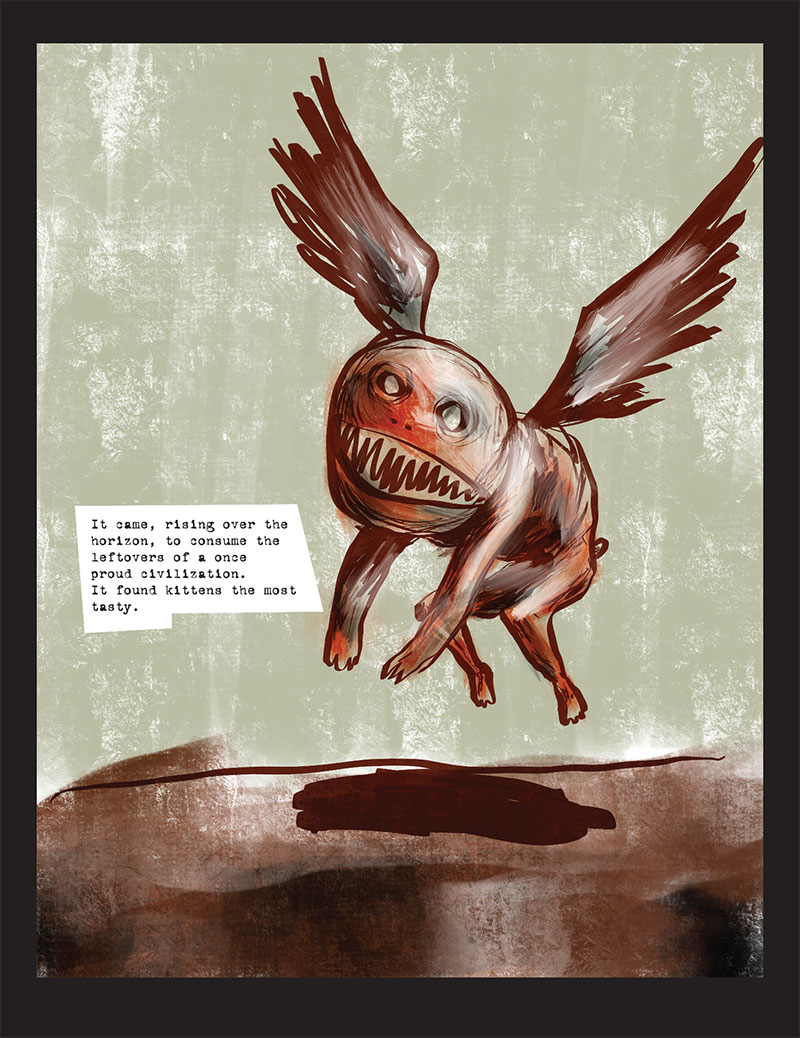