Not much work left now before After the Ends of the World 2 is ready to go to the printer.

It’s a bunch of short stories, visions of different versions of the end of the world, with a few longer stories by Susanne Johansson commemorating the victims of three gruesome murders, and a 15 page comic of mine (Why you (maybe) shouldn’t kill Hitler, previously published in CBA vol 40|41). Just like the first book in this series, it will also have a downloadable soundtrack, this time contributed by Systemet, Nimam Spregleda, Feberdröm, Factory Farming and Trauma Command. If you were at TRAUMA last year, you might have seen all of them play there… Published by Wormgod,of course.

I’m planning to put a few samples of it on the blog in the coming weeks before it’s released. I just got word today that Norway, of all countries, just made some changes to their laws, making abortions less accessible (link in Swedish, sorry, you can probably find it in other languages, I don’t have time to google it, even though it’d probably be as fast as writing this). Which sucks, of course. So I felt this one was a good fit for today: 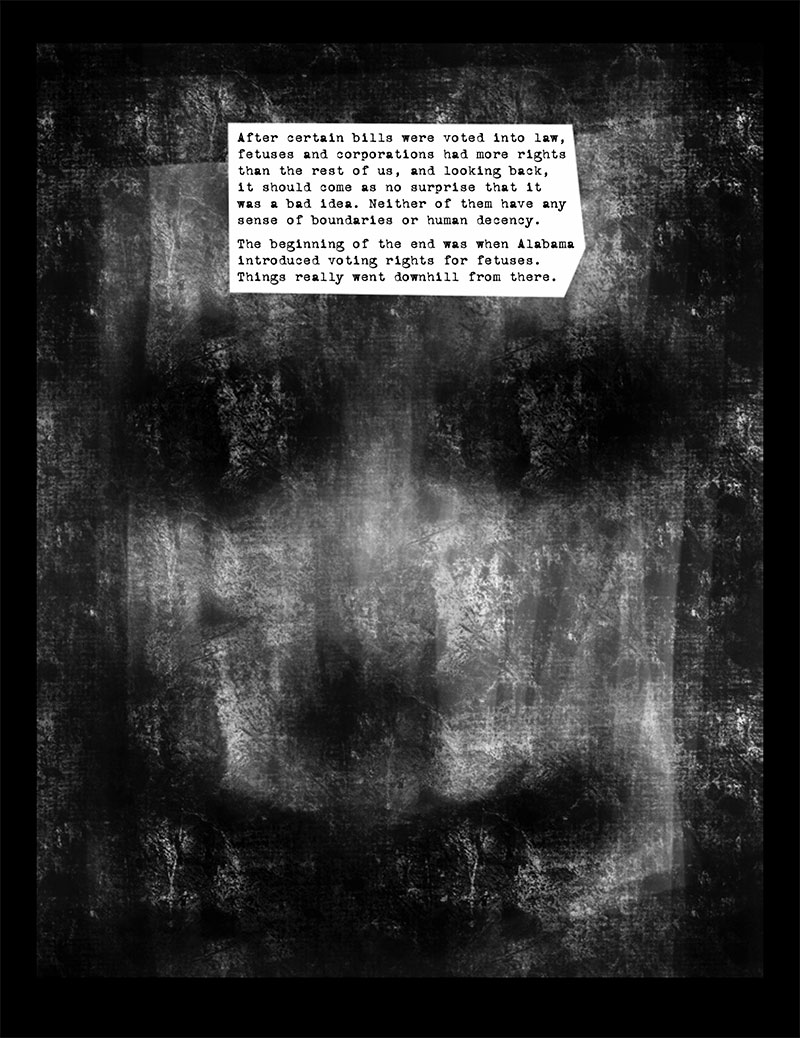