The Red Hood Clan ain’t nothin to fuck with.

Check out the blog for C’est Bon Panorama, to see what I’m up to for the moment…

There’s an article about me in Sydsvenskan today (and if you look closely at the photo, you can see what’s on my T-shirt). I thought I’d celebrate that (and my upcoming birthday) by posting some new pages from my upcoming Piracy is Liberation book 005: Free Section… These aren’t finished yet, but I like to pretend that I’m working as hard as I should, so view them as work in progress. 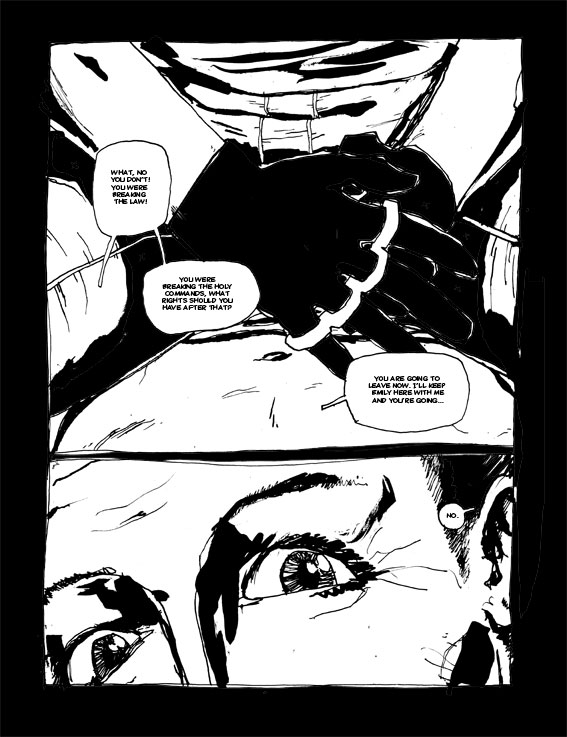 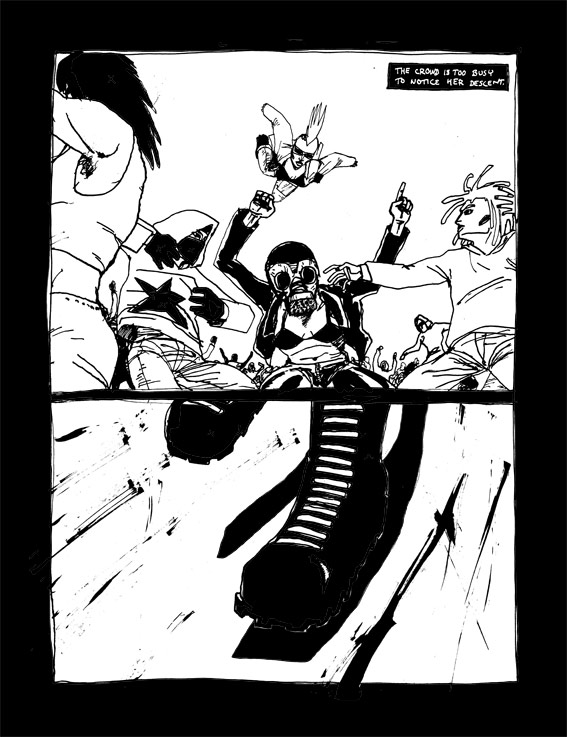 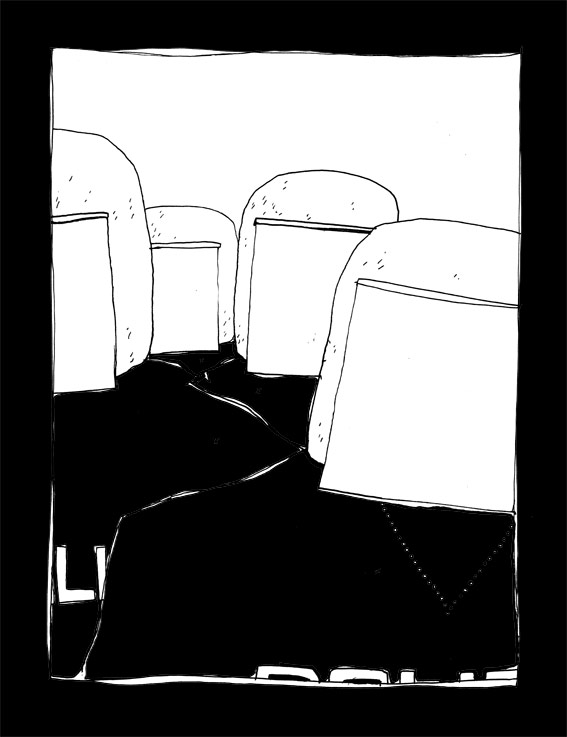 There’s also something that wasn’t mentioned in the article, which is my Angry Animals comic. Sooner or later, I will have enough of these to fill a book, but for now they can be read in some different places. Like older issues of Mana and my website… 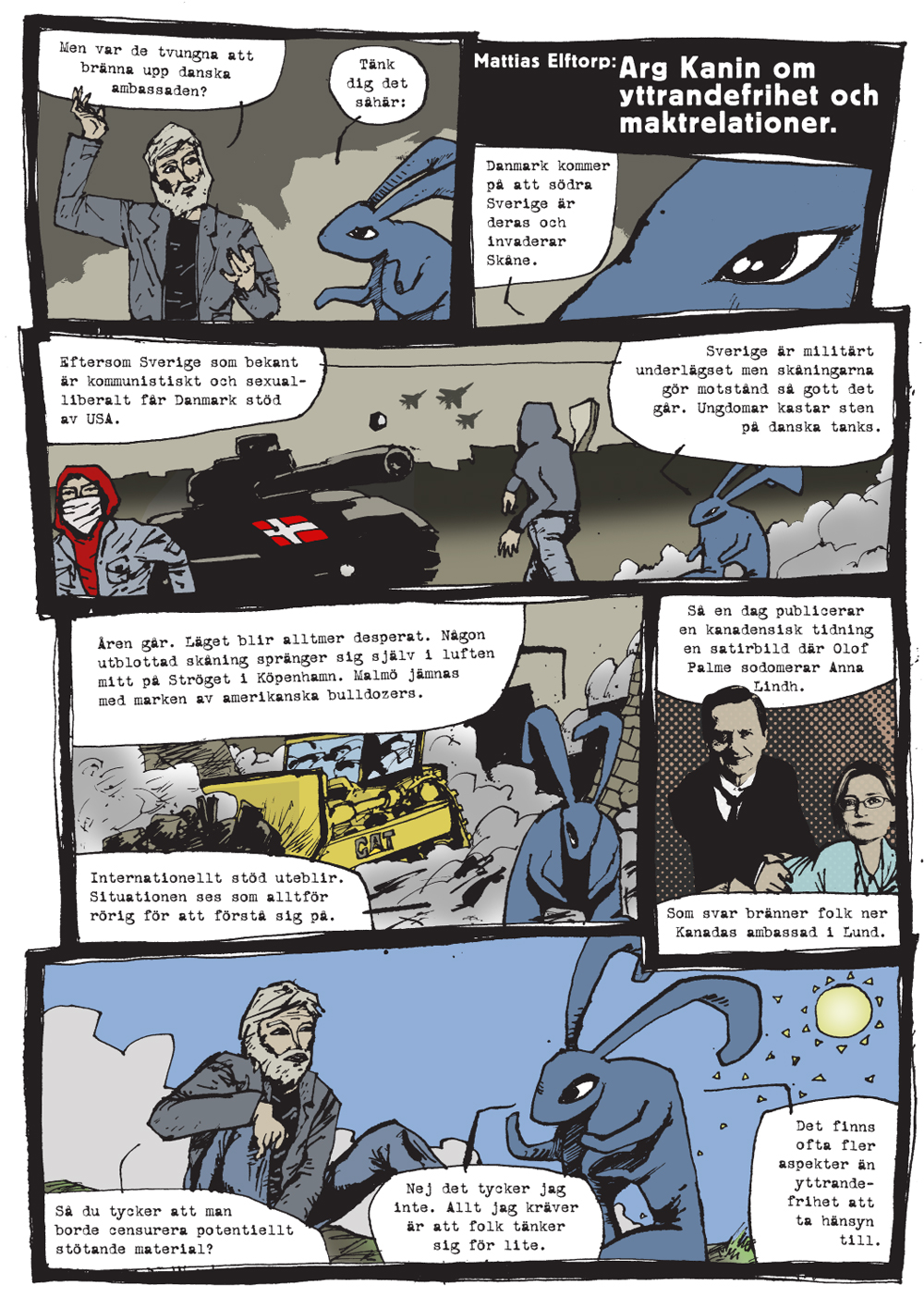 There are some who would claim that piracy is theft. Of course, the rest of us know this to be false.

Let me explain. One of the main characteristics of the phenomenon of theft if that the former owner is deprived of the stolen object. Copying the object is something entirely else. Anyhow…

Someone seems to have stolen one of the images from the Violence exhibition (this one): 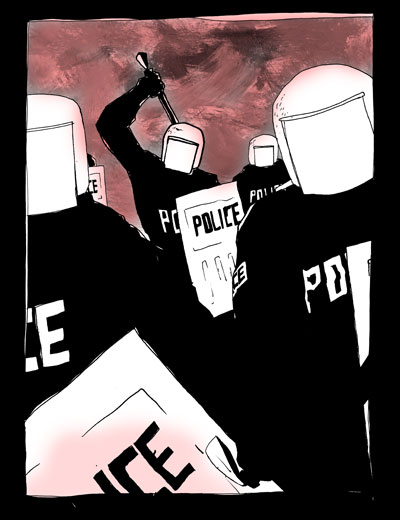 Obviously the most popular of the exhibition, and I am flattered that someone would go to the trouble of stealing it. Though I have some problems with it.

1. Everyone won’t be able to see the entire exhibition.

2. I paid money for printing the images. If I don’t get paid through selling the images, I won’t get that money back and it was taken from the budget for the next Piracy is Liberation graphic novel…

Here’s an idea: Instead of stealing the exhibition (assuming you can’t afford to buy anything but still want a Piracy image on your wall), download one of the first two books and print a page to put on your wall. It’s free and hurts no one!

Piracys is Liberation 001: Information Wants to be Free @ TPB

No bookfair in Göteborg this year for me, though my books will be sold there. Look for them here:

This is the first time this century that I haven’t been to the bookfair. Feels a bit weird, but also quite nice. Instead, I’ll try to make the Anarchist Bookfair in London, October 18.

Just got confirmation that the Violence exhibition will stay up until October 17! So if you haven’t seen it yet, you still have the chance.

Scroll down a bit for info about the exhibition.

It’s at Panora, St Gertrudsg 4. Open at any time when they’re showing movies… 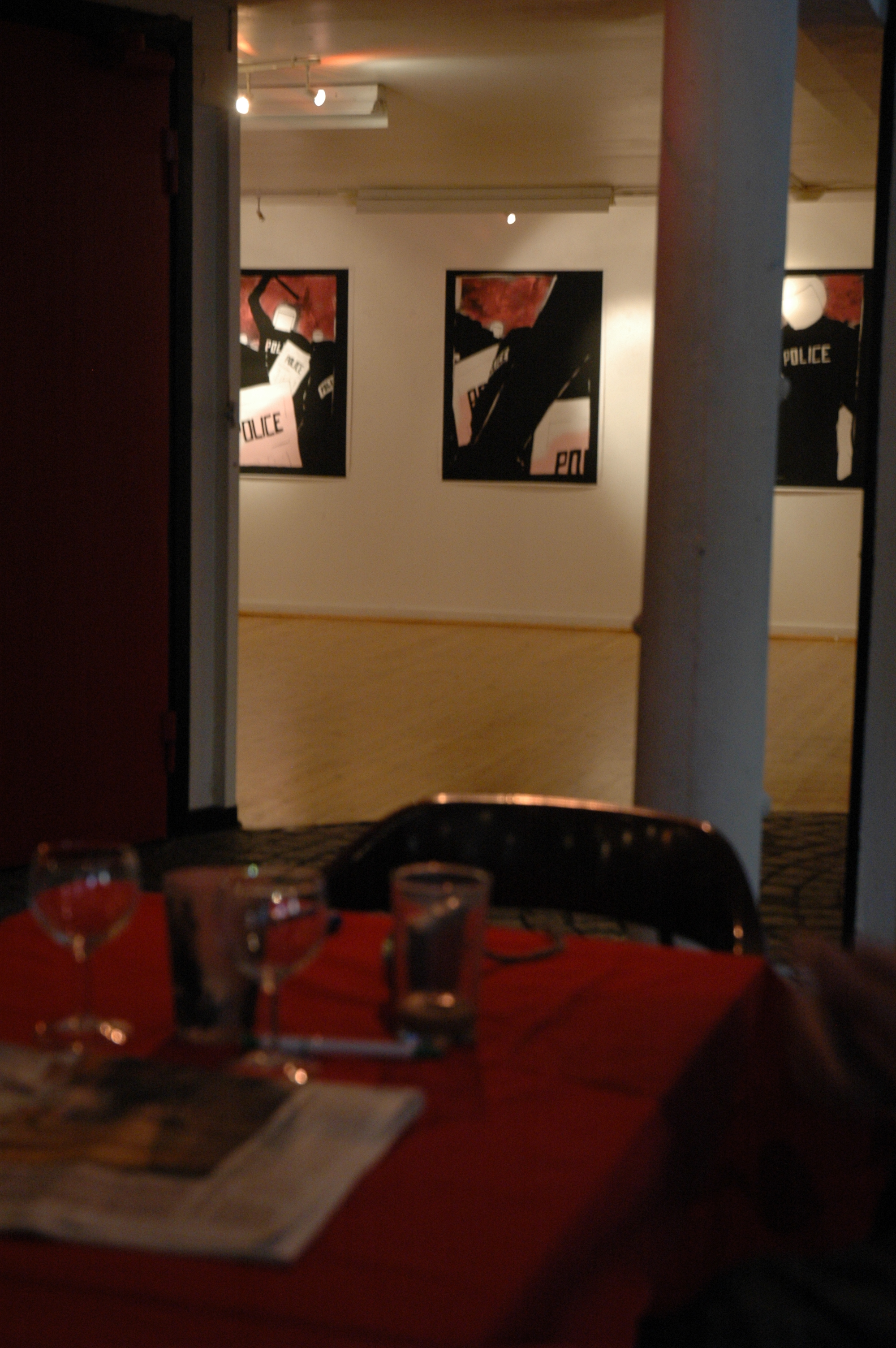 After waiting for two (three?) years, Komika will finally release Trollet as a Komika Minialbum.

»Ett troll är ingenting man föds till, det är något som man blir. «
(A troll isn’t something you’re born as, it is something that you become)

Order from Komika Förlag, or buy at the Book Fair in Göteborg this week (Thursday to Sunday).

The Violence exhibition is up and running. So is the European Social Forum. And at the same time as Violence opened, fittingly enough, something else took place. The local cops stages a wild protest against their own union. I wonder if they had a permit for their demonstration. I wonder who will beat them up if their thing goes out of hand?

Anyway. Here’s a photo of a part of the exhibition: 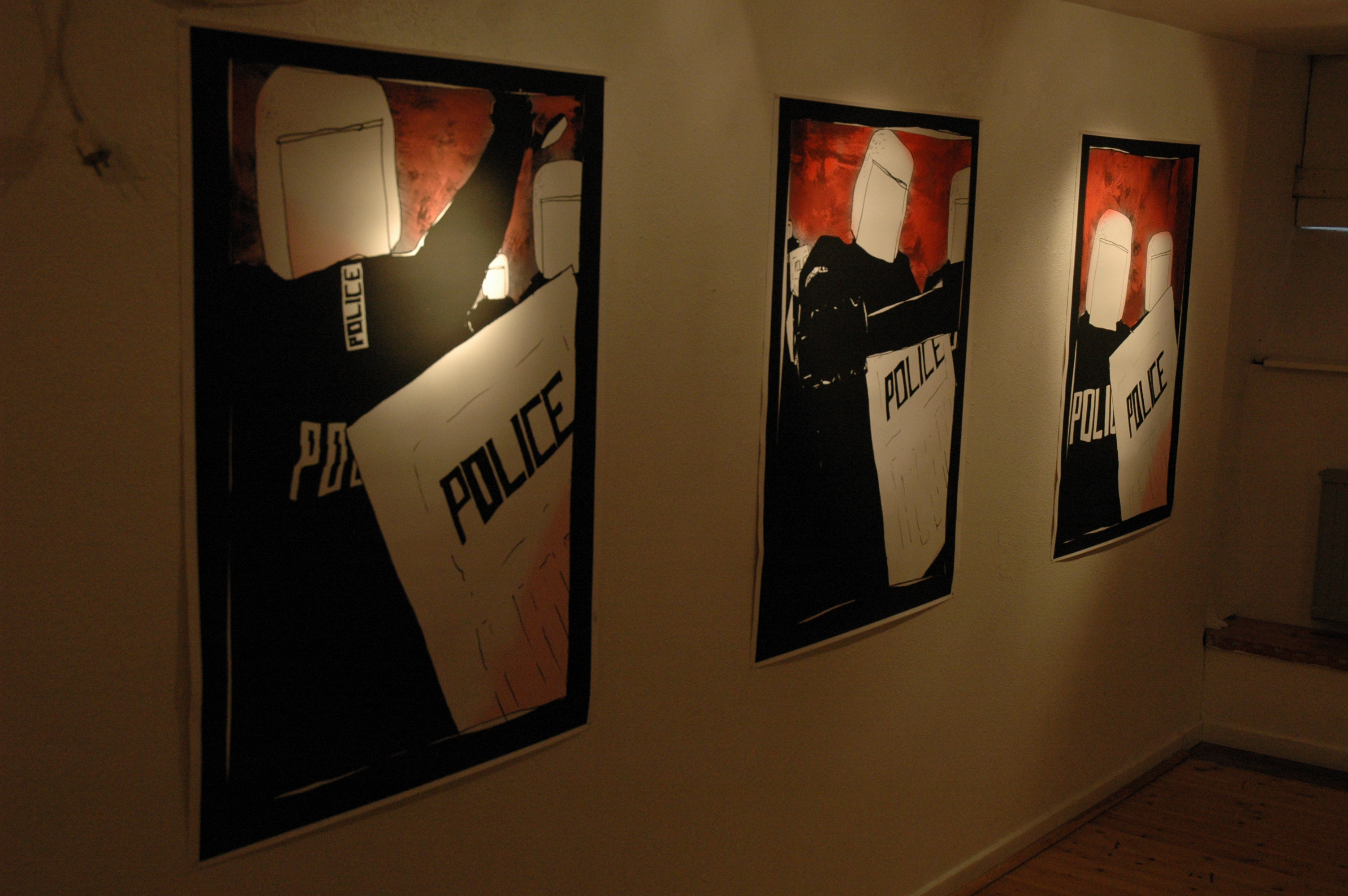 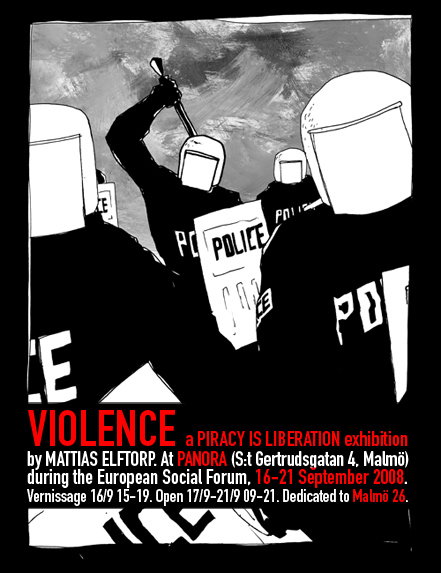 This is an exhibition of the story called Violence (which will be published in Piracy is Liberation 006: Violence). It is also a comment on the political climate in Malmö.

Police are sent in by social democrats against constitutionally protected actions taken by the union. They force children up against the wall, accusing them of crimes they couldn’t possibly have committed, simply because they look like immigrants.

Time and again, the police prove that they aren’t here to protect us but to control, to hold anyone back who dares to stray outside of the norms of what it’s supposed to mean to be Swedish.

The exhibition is dedicated to Malmö 26, the 26 who were indicted for being on the picket line against a sushi restaurant at Lilla Torg in Malmö.