To begin with, I tried Detroit: Become Human (PS4) last night and it feels new and exciting. So far, it’s more about storytelling than gameplay, but that’s fine and the story is interesting, and storytelling is usually my main interest in games anyway. So yeah, give it a try!

Right now, I’m at Fanzineverkstaden, making plans for when we open to the public, which will hapen soon…

The upcoming CBA vol 40|41: Worst Case Scenario is being prepared for the printer as I write this, and it’s going to be a great volume. Black/white to fit the theme, which it really does. I made a comic for it, called Why you (maybe) shouldn’t kill Hitler, a time travel story about a worst case scenario and about misconceptions about historical events.Here’s the cover by Kinga Dukaj: 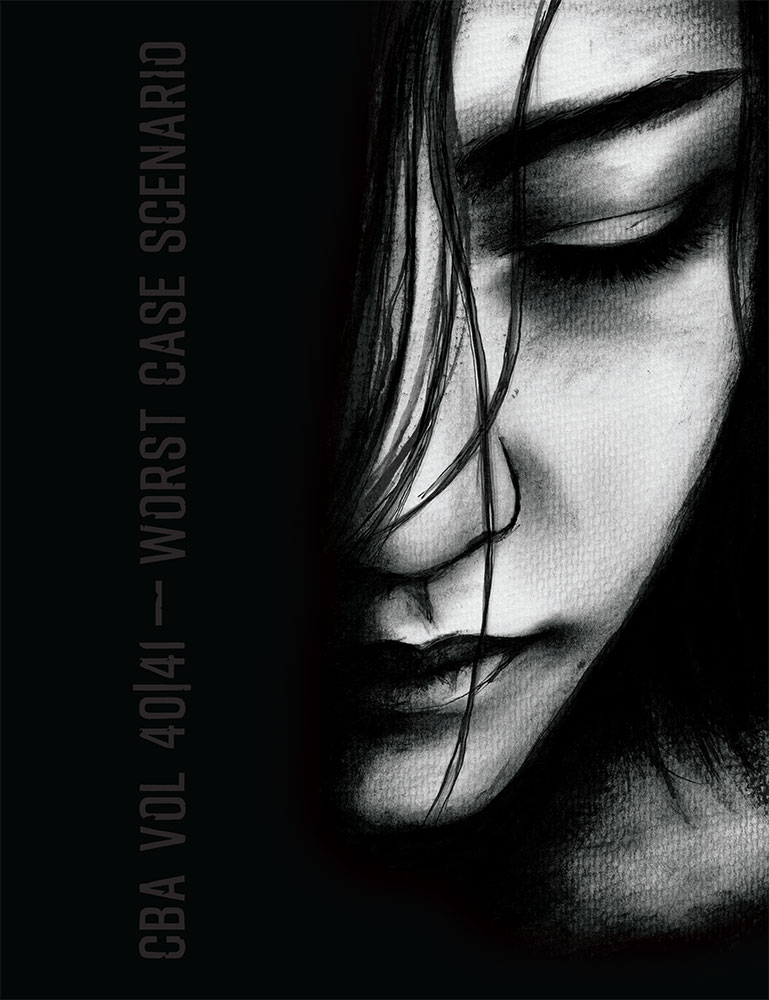 Today (starting an hour ago), there’s an exhibition at Hybriden, featuring the comics students from Fridhems folkhögskola.

Next weekend (June 2), we’ll open the second part of the Best of CBK exhibition (also at Hybriden). So see you there, maybe, one of these days. 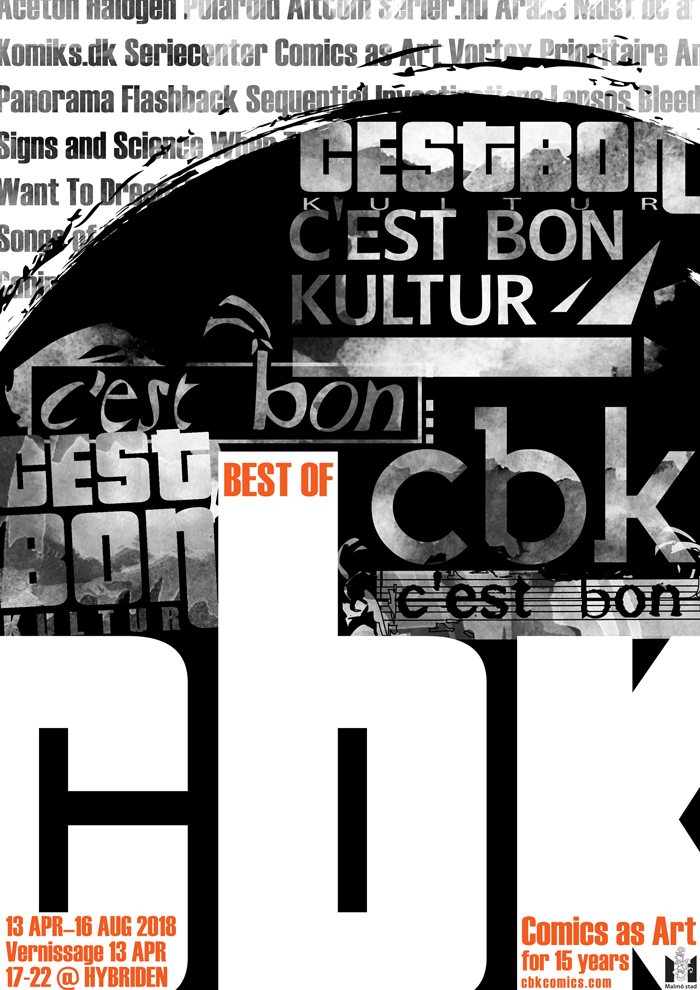 Speaking of exhibitions, right now I’m part of the exhibition Pow – Historier i kvadrat at Det gamla tryckeriet in Eskilstuna. My contribution is the artist book I made a while ago: A Subtle Fuck You 2: Antidote. 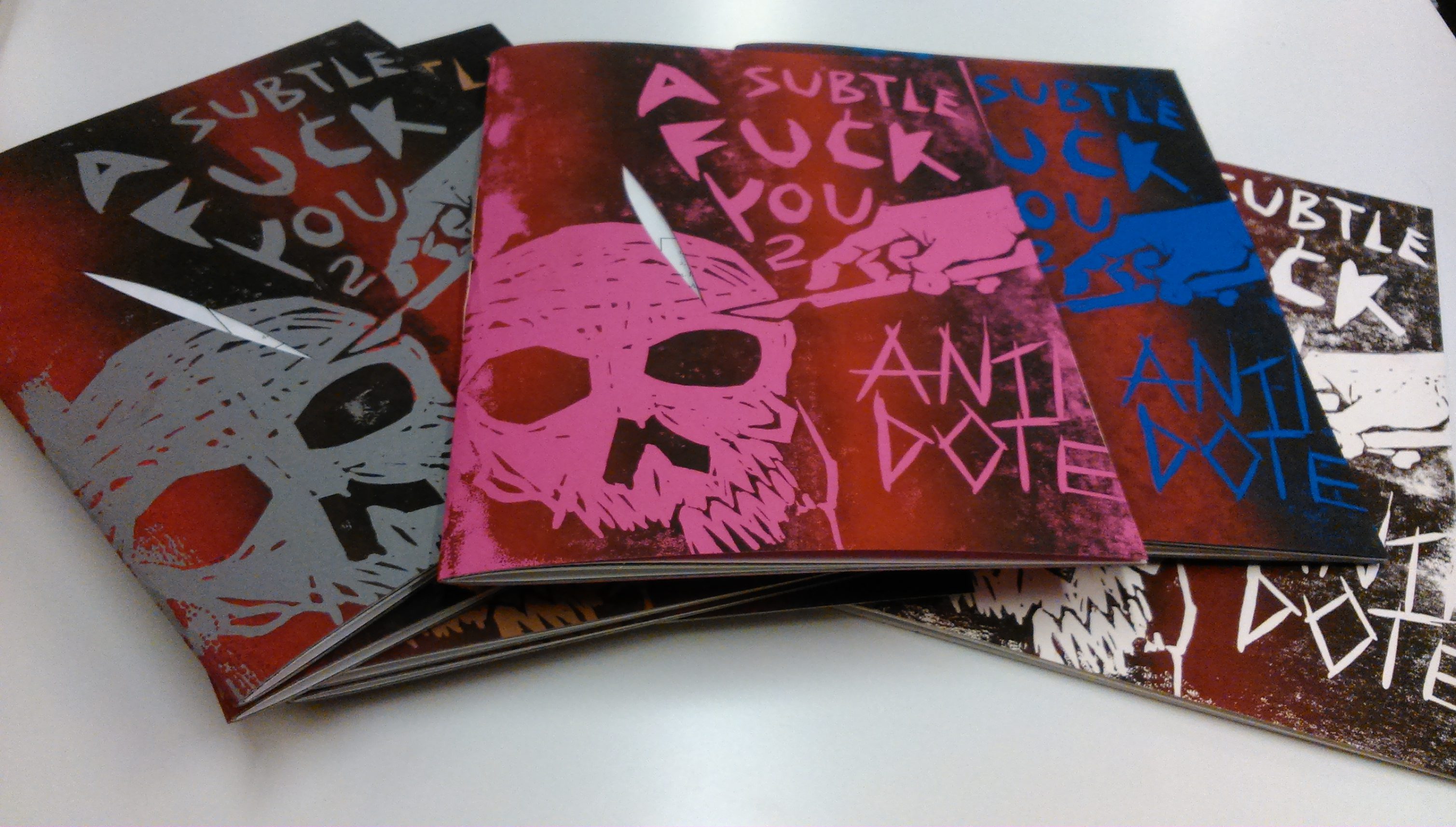 I would have liked to make something new for the next volume of CBA as well: CBA vol 42: Subversive Superhero Stories, but I doubt I’ll have the time for it, so I’ll probably just write a text I’ve been wanting to do, and if I participate with a comic, it’ll be something old but relevant.

Also planning to make a short ranting comic för the AltCom 2018: HOW TO SURVIVE A DICTATORSHIP anthology. Probably an Angry Animal story, which I haven’t done for some time now. They don’t take me a lot of time and I think it’ll fit the theme.

In general, the political climate in Sweden is rapidly deteriorating it seems, since it’s an election year and all the big parties compete in who can be the best at copying the neonationalists to prevent them from getting too strong. With the result, obviously, that the neonationalist part gets stronger and can push their politics even further. Now they’re even talking about throwing out people who are already Swedish citizens on the grounds that they or their parents weren’t born here (most of my closest friends) or that they don’t have the “correct” Swedish values (me and most of the people I know, I assume). No one will be safe unless something turns around soon.

I’m calling them neonationalists now because it seems that they’re in the forefront of a new(ish) nationalist movement. They could also be called “neofascists” or “racist” or “islamophobic rightwing” or “kind of normal party but with lots of nazis in their not-so-distant past”. But those words seem to make people uncomfortable, so I’ll stick with “neonationalist”, at least for this blogpost..