It’s been going on since the 4th, but I haven’t really had time to sit down by my computer until now, so, during July and possibly longer, I’m having an exhibition together with Kinga Dukaj (of CBK & Tusen Serier) at Le Garage L in Forcalcier, France.

After the CRACK! festival, we went there to hang out for a while, set up the exhibition and make a small book together. It’s my first screenprinted/handmade book, and it feels really good to have done it, especially at this great place that is the bookshop/print workshop/exhibition space/etc of Le Garage L. 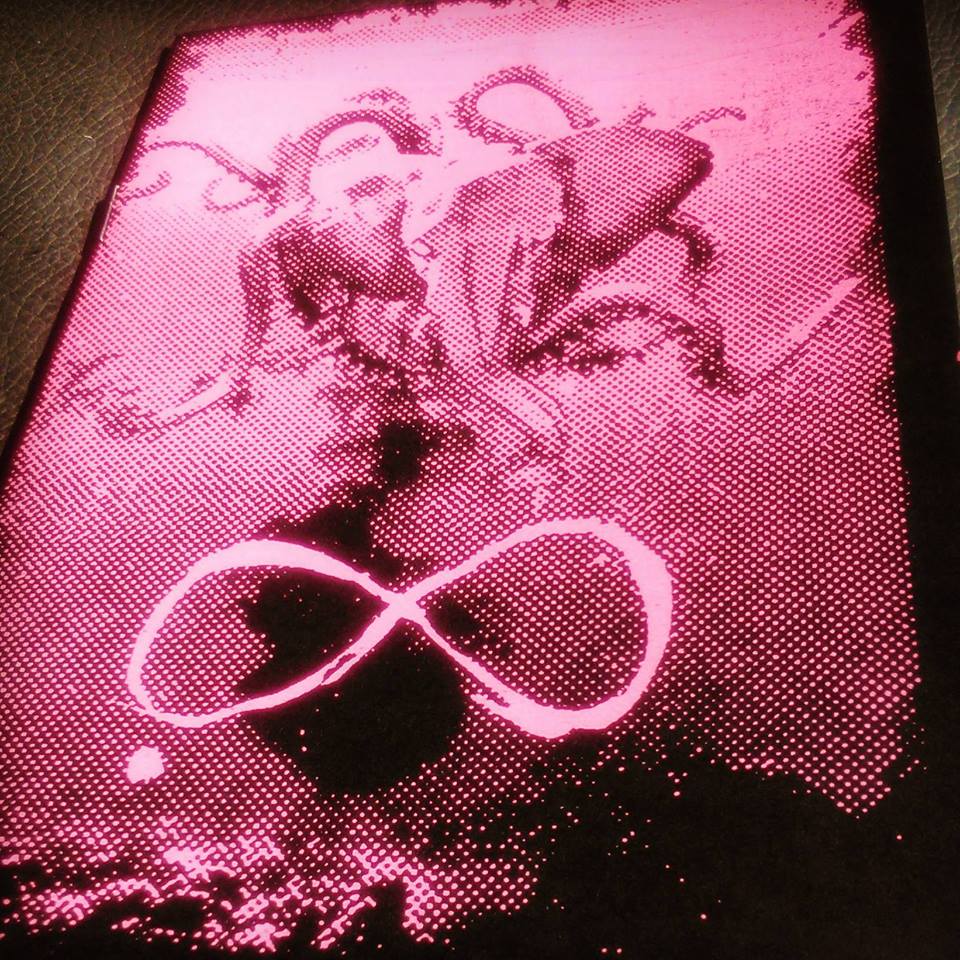 (Both images made by Kinga) 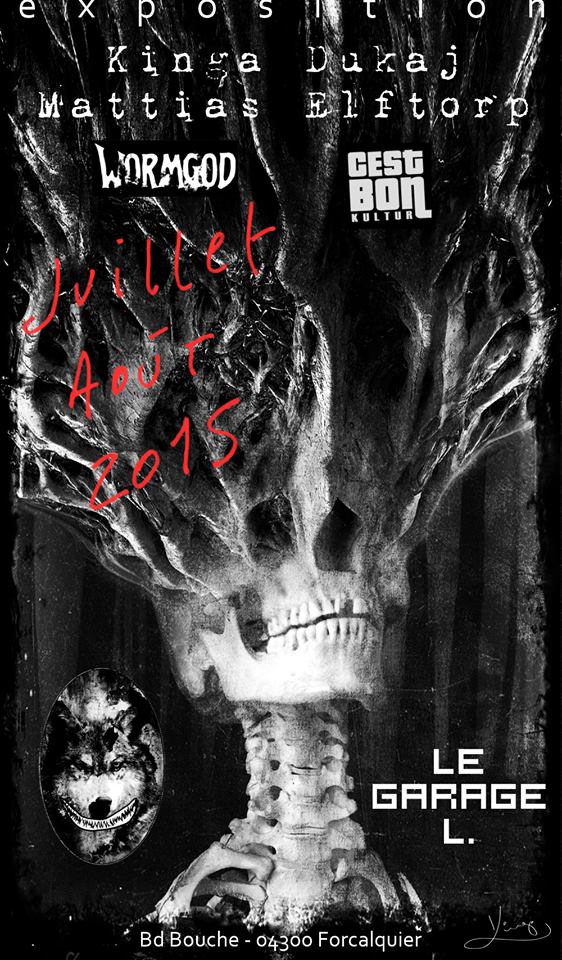 For the exhibition, I brought mostly my Wormgod stuff but also some new prints. Some of them containing 3D images from The Troll, which I got from the printer just the day before leaving for this small European tour.

More on The Troll later, as there will be some kind of release event in Malmö, we’re just waiting to get the 3D glasses so it can be officially released…