Another End of the World…

Homo Sapiens, the last of the various species of human who had walked the planet, had gone too far.

Species after species went extinct at near-unprecedented rates. It was the first Great Extinction that had been caused by one of the living beings inhabiting the sphere.

Mother Earth (aka the planetary ecosystem if you prefer) didn’t have any working evolutionary defense against this race of psychopaths. The problem had to do with the species being suicidal. Normally, that wouldn’t be a surviving trait in the natural selection. It would be bred out and the more cooperating and viable specimen would be the ones most likely to survive. But the suicidal tendency was on such a global scale, and the individuals who were most active in perpetrating this murderous suicide were the ones in power. This meant that those individuals were also the ones most likely to survive, in their bunkers or gated communities or golden skyscrapers.

It was truly a murder-suicide, not only because of the Great Extinction, nor for the global warming that was a consequence of rampant Capitalism, but also because no species can function on its own. We needs company. 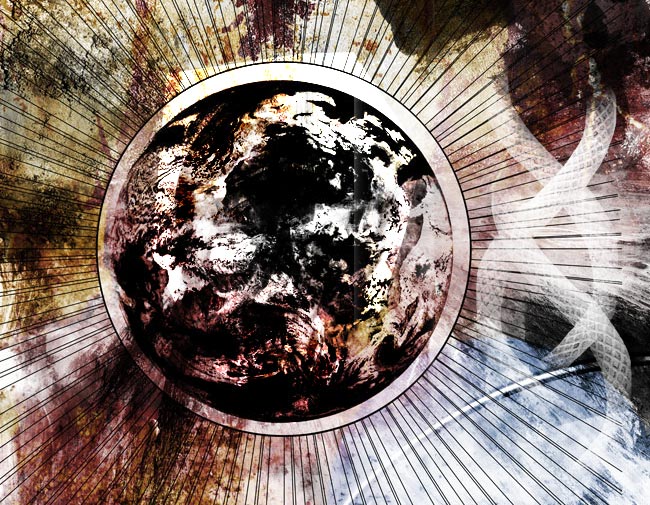 In the end, the planetary organism had no choice but to exterminate them. Global warming working like a fever, new and mutating epidemics and viruses as the equivalent of antibodies, weather, disasters and wars taking care of what was left, and humanity finally met its end.

The rest of the planet sighed of relief and went on repairing the damage.

Thus ended the tragic story of the dead-end species and the murder spree that would be its downfall.

There is also the heart-breaking tale of how Homo Sapiens killed off its siblings one by one and then continued this tradition of genocide amongst themselves, but that’s for another bedtime story.