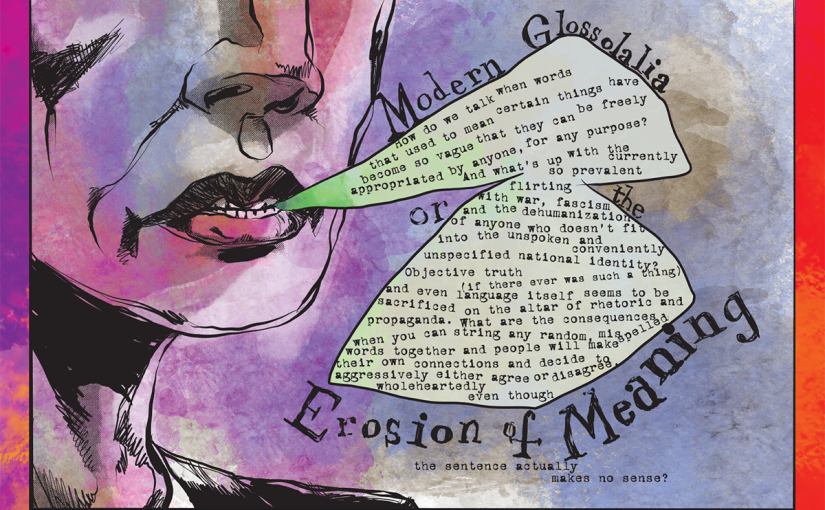 I plan to write something longer about this, like I did with CBA vol 47, but until then, let’s just celebrate the release of CBA vol 58: Modern Glossolalia or the Erosion of Meaning! 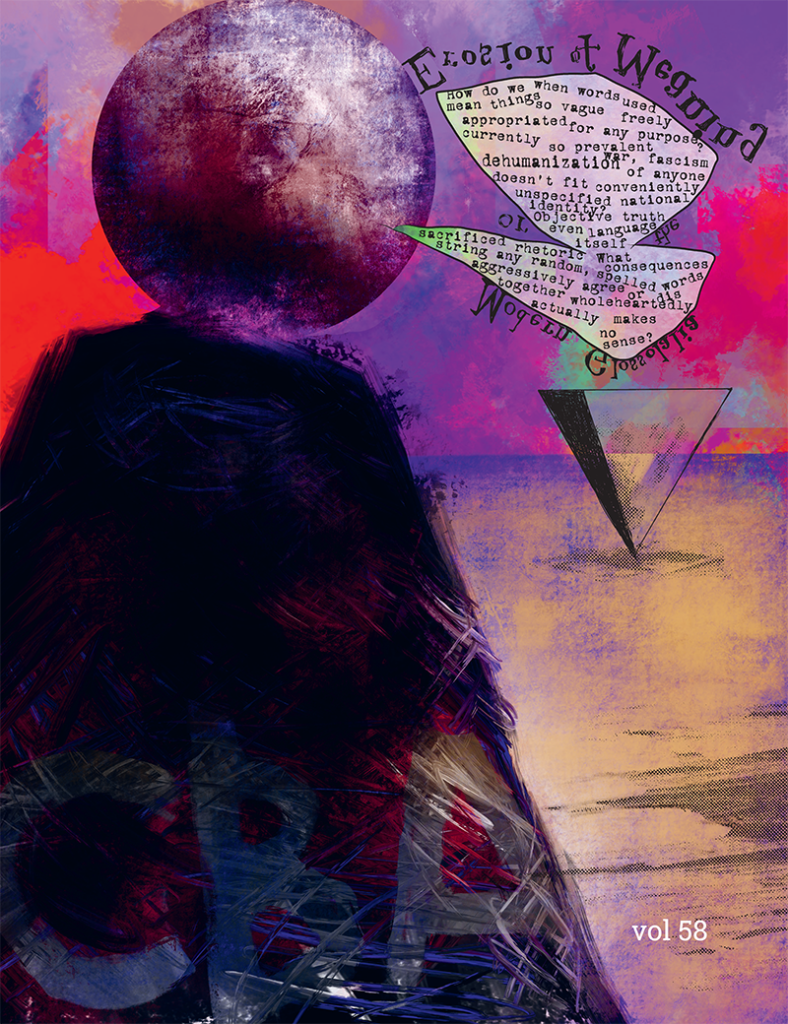 How do we talk when words that used to mean certain things have become so vague that they can be freely appropriated by anyone, for any purpose? And what’s up with the currently so prevalent flirting with war, fascism and the dehumanization of anyone who doesn’t fit into the unspoken and conveniently unspecified national identity?
Objective truth (if there ever was such a thing) and even language itself seems to be sacrificed on the altar of rhetoric and propaganda.
What are the consequences when you can string any random, misspelled words together and people will make their own connections and decide to aggressively either agree or disagree, wholeheartedly even though the sentence actually makes no sense?

Until I give you something meatier, here’s a page from my comic for this issue, Interrogation: 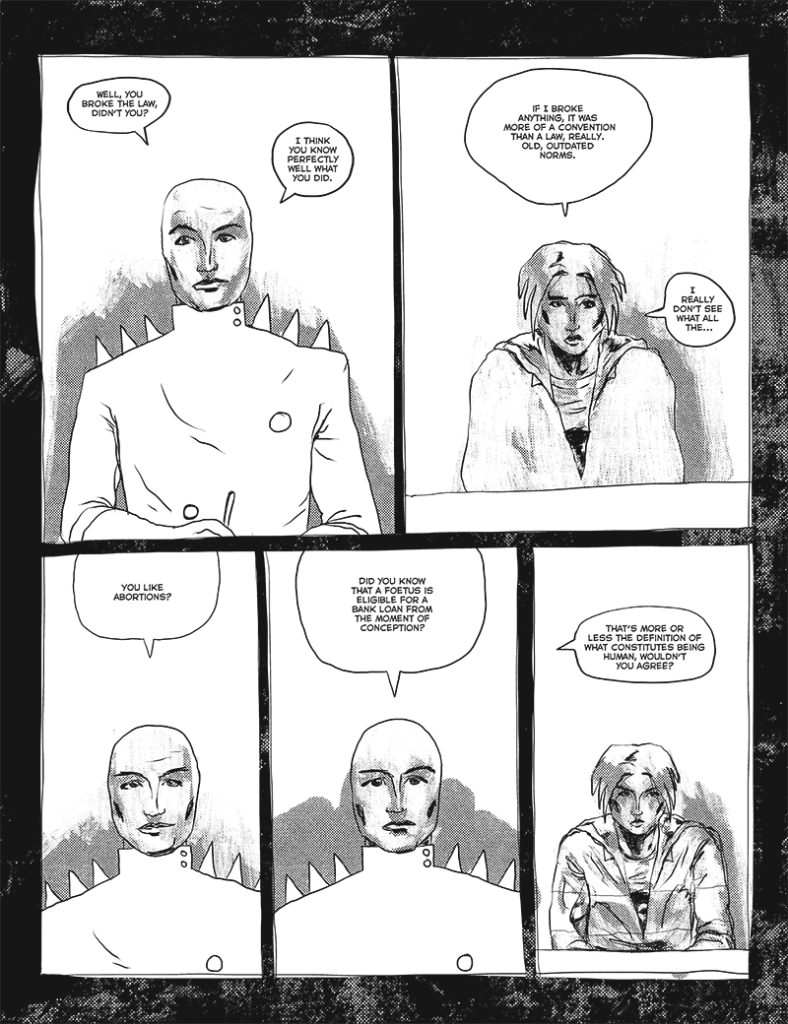 For this one, I used pages from my upcoming Piracy is Liberation 012: Outer Enemy and changed the dialogue to work as a stand-alone comic.