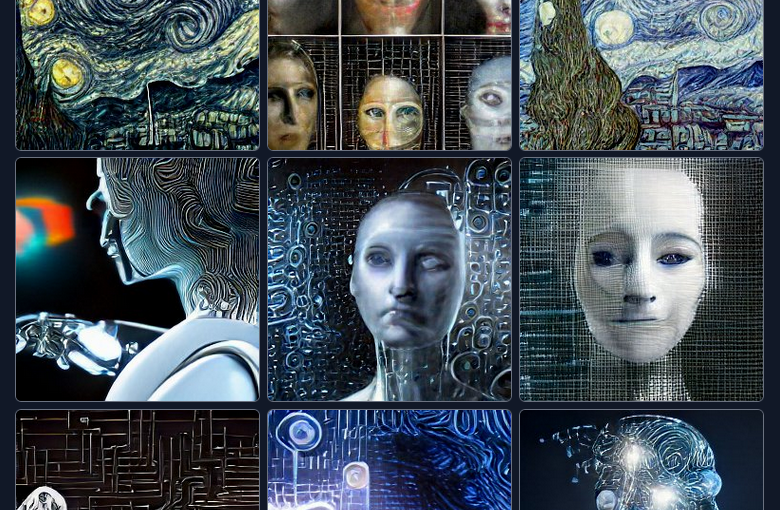 So, the question some of us are thinking about these days: Will AI replace human artists? 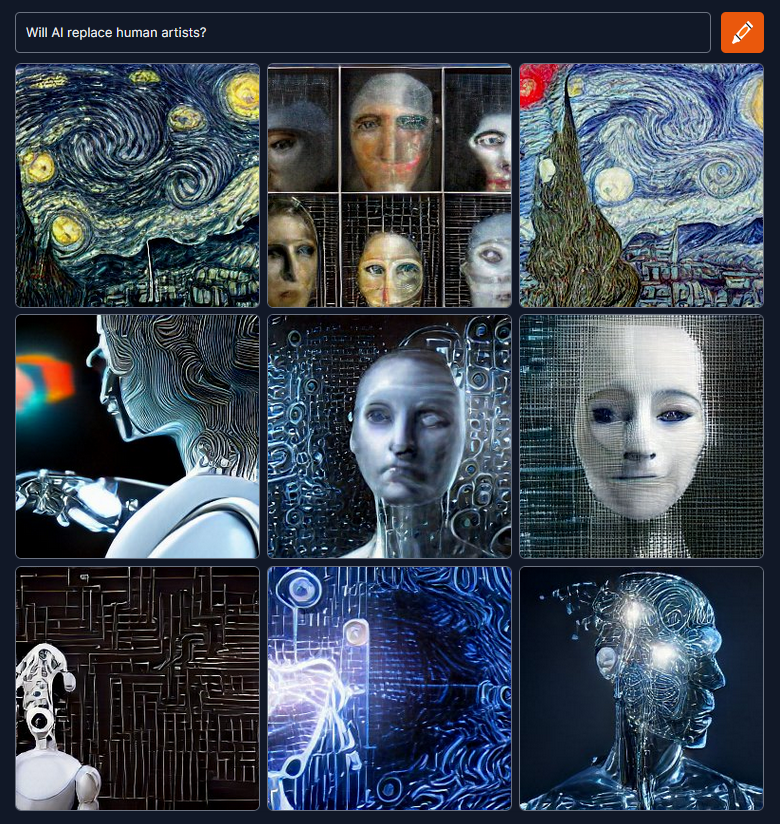 I think most people who make comics and other kinds of art don’t do it with getting rich as the motivation. We don’t even do it to get paid. Don’t get me wrong here: Getting paid for it is a way to be able to do it, it’s a way to make a living doing something you like, to have the time to do it. So it’s important in that way, it’s just not the main motivation. So even IF AI was used instead of human artists/illustrators/cartoonists, humans would still be making art. I know, because I’m doing it and I seldom get paid for the actual art (I get mostly indirect money like grants or by doing art-related projects etc, what I get from the actual comics/illustrations is often a pretty small part of my income).

And I believe that as long as people are making art, there will be an audience for it, because even if the AI can make beautiful images, there is more that goes into art, like individual artists’ experiences, thought processes, emotions, skills, personality. Even if an AI would become sentient and have all that, it’d be one among many. And as long as it doesn’t, it’s a tool to be used in the process of making art. 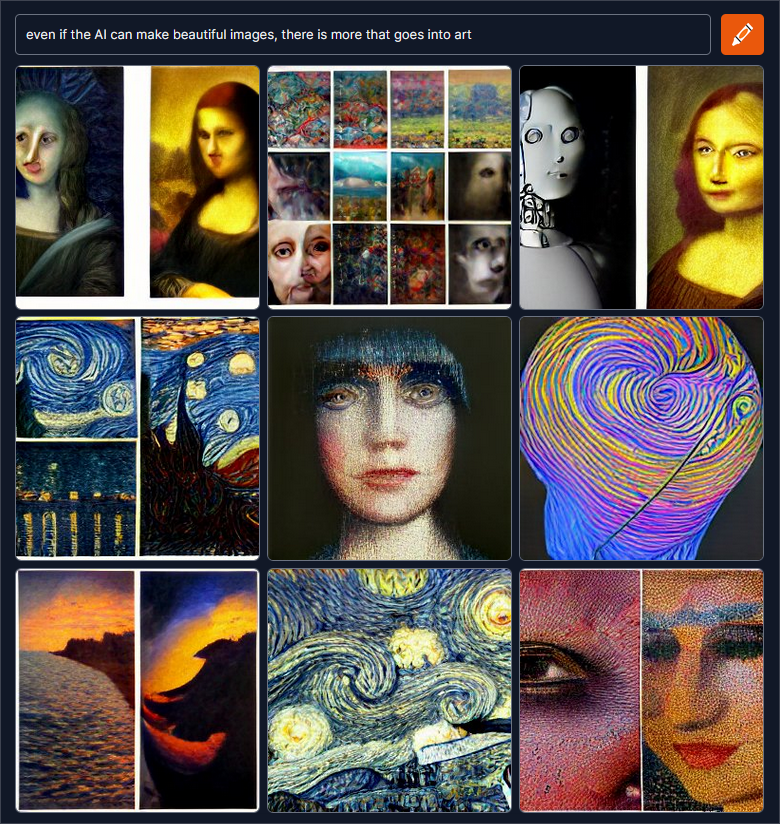 I just read a comic (Summer Island) written by Steve Coulson, a human, with art ”by” Midjourney, an AI. But the AI didn’t make the comic. The human fed it lines of text and (probably) got a huge number of results to choose from. So there are possibly hundreds of unused images that weren’t selected because they didn’t fit what the human wanted them to express. So it’s not really the artist, just like a pen isn’t a creator, or a brush or even Photoshop. 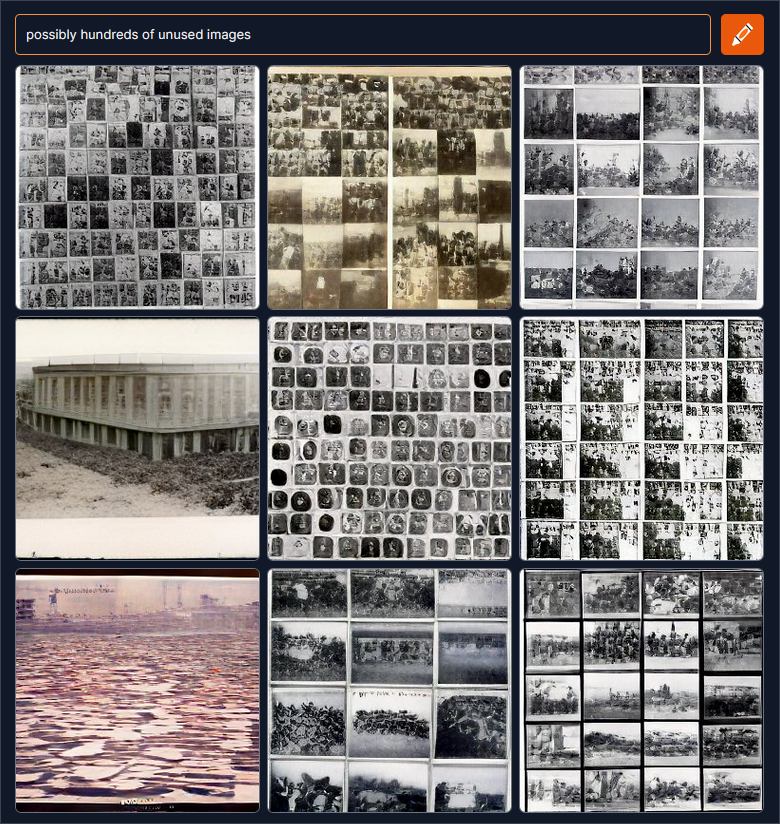 Sure, some potential employers would rather use an AI than pay someone to make illustrations, but they still need someone to wield it. And they probably would’ve paid as little as possible to a human artist anyway, or do the old ”you’re doing something you love so you don’t need money and besides, you get exposure isn’t that great”. This may sound hypocritical since I’m also working with a publisher that mostly hasn’t been able to pay for comics, but we do when we can, and no one is making money off anyone else’s work. Because it’s all non-profit (and pretty non-commercial), and the editors mostly don’t get paid either, and the artists know what they’re getting into and so on and so on and these days we’re actually paying at least a little. 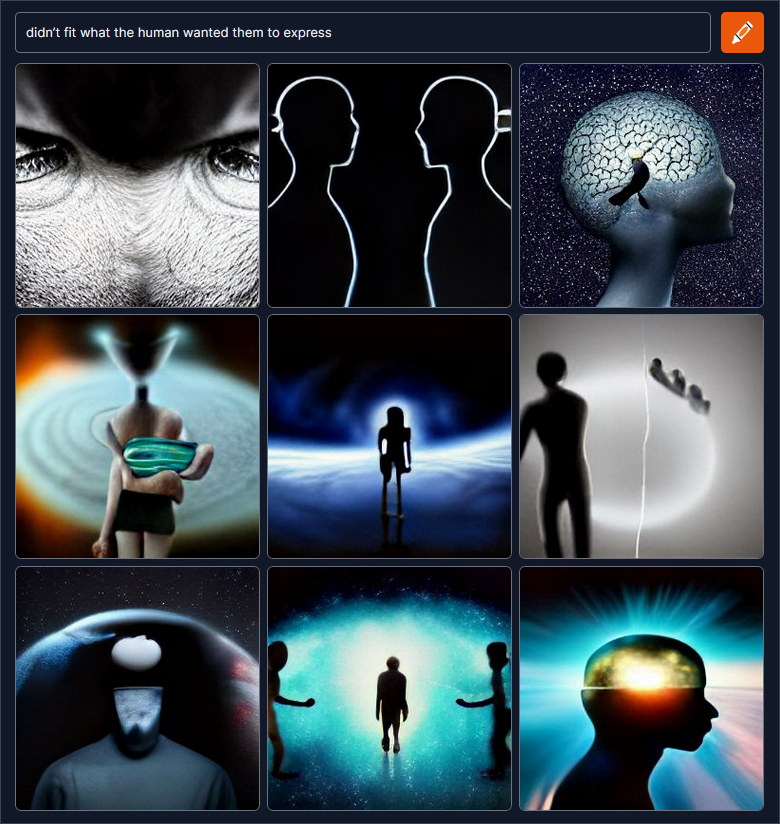 Making it big in art is about knowing the right people, existing in the right social circles, being the right kind of social chameleon, being either born into the right family or being lucky. I don’t have that, so to me there’s no difference between an AI- or human-generated image being sold for $433K because in both cases it’s someone else making that money. Maybe that’s why I’m not worried about being replaced, because what are they going to take from me, my non-profit work? I’d be happy to be able to focus on my own comics instead. Just like most economic crises haven’t really affected me since I didn’t have a lot of money before or after the crises either… 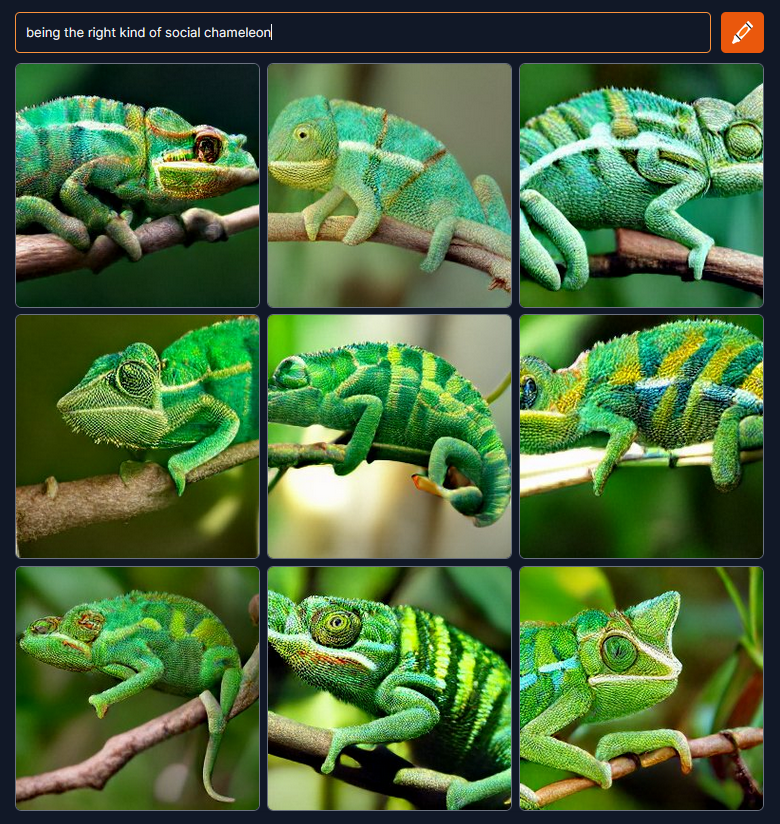 People still listen to guitar music even though electronica exists. The problems with the music indistry are, as they have always been, not that people don’t listen to music or that no one makes music, but that music companies want to make a profit. Record companies always got more than the actual musicians, just as it is now with Spotify.

The problem, as always, is Capitalism, not the tools we use to make art. 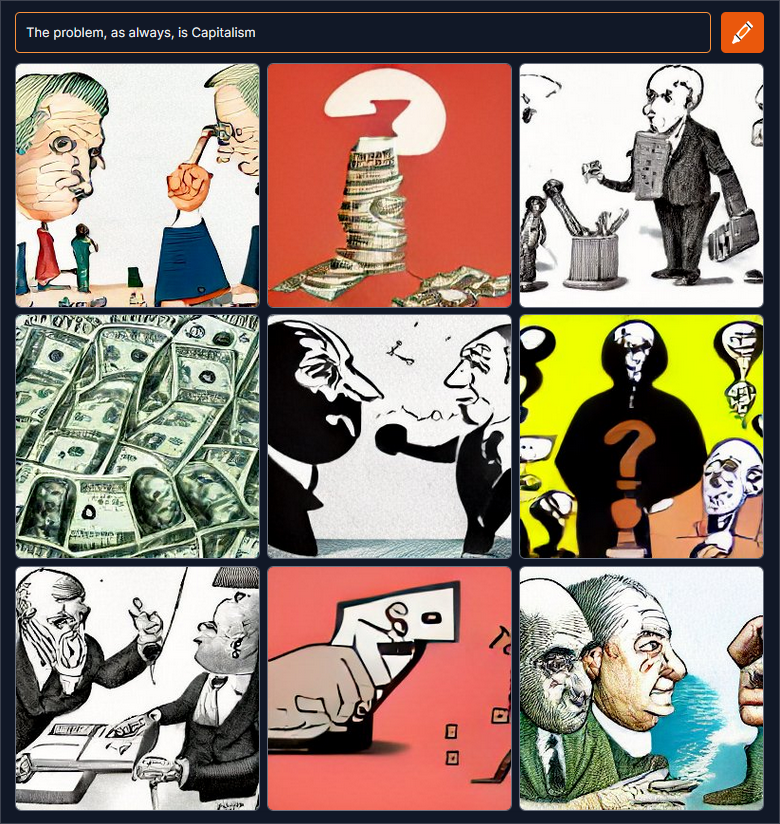 The images in this post were made using Craiyon. Not to complain, but very few of these images are even close to what I would have done…