Been a while. I’ve mostly spent this summer working on Outer Enemy, the new Piracy is Liberation book. And playing Cyberpunk 2077 and Horizon Forbidden West.

So I thought I’d show a little something from the comic I made for CBA vol 56|57.

It’s called OUTSIDE and is an uncomic made from one normal comic (a chapter from Piracy is Liberation 005) and three paintings (H8 from Alkom’X #8, the tape cover for the Noise Against Fascism/Legion of Swine split and Her Fiery Eyes from After the Ends of the World), piled on top of each other and cut up to create a non-narrative structure, something that can’t be read other than through vague feelings and instinct.

My first though when Allan Haverhom announced his theme (UNCOMICS) as guest editor for this issue of CBA was something like: “I should make something for this, how hard can it be?”

It turned out to be about as hard as I thought it would be, except the first idea I had didn’t work at all. That one was more of a deconstruction, literally, with the elements of a comic (panels, bubbles, texts, drawings, gutters etc) falling apart and off the page as the comics progressed, with an attempt at making some kind of point in the end. 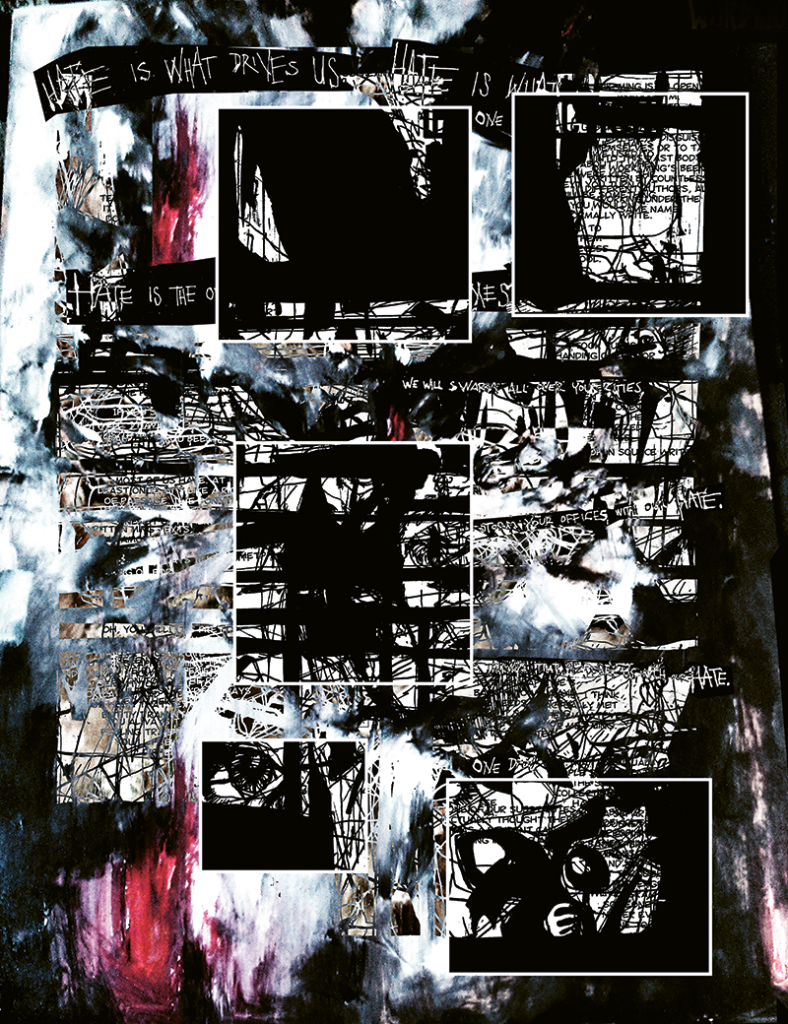 Then I realized that I should view this project as visual noise rather than anything else. And when I listen to noise, I’m not very intellectual about it, and the noise I’m listening to is also generally made by musicians who go more by feeling than intellectual theory when they put together their music. Or at least that’s how it comes across, I’m far from an expert. The best noise to me is harsh noise walls that go for your intestines rather than your brain.

So I tried using that kind of approach instead. I took the chapter Outside from Piracy 005, put all the pages in top of each other for the first page, then added and subtracted more elements as it progressed through its 10 pages until I had a visual flow I felt was right.

Maybe I should note that basically none of what I’ve just said was done consciously at the time. But hey, after-the-fact constructions are also constructions. 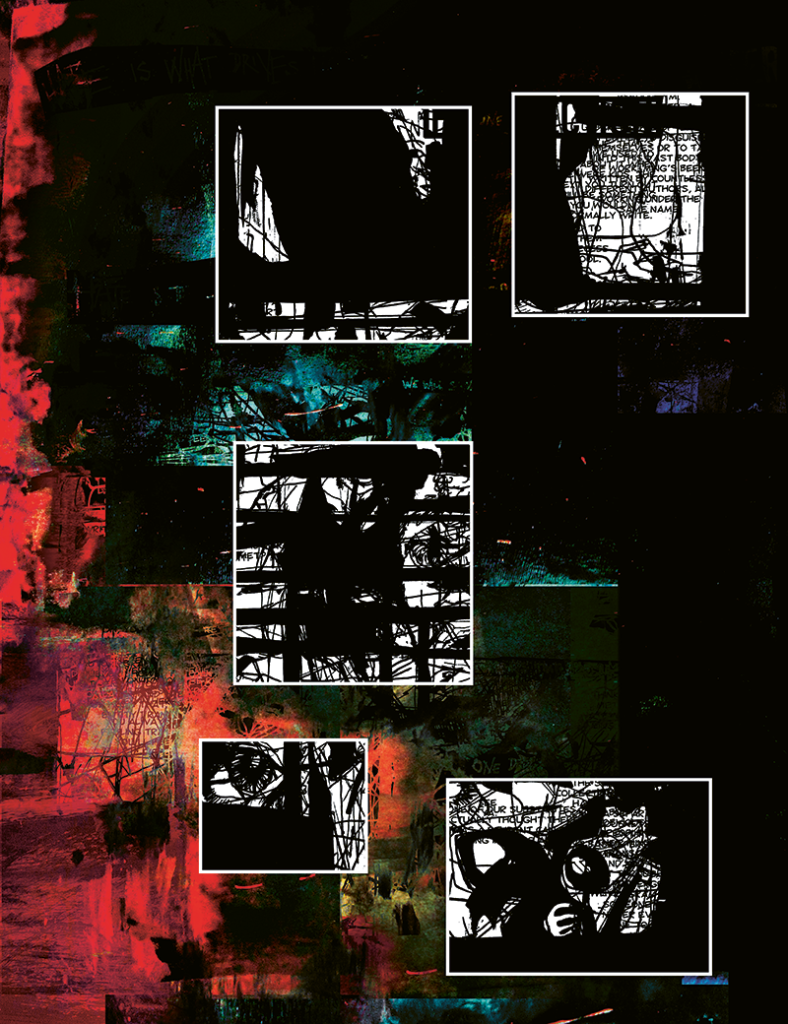 Allan has a text going throughout the issue about how comics is (or could be) a visual medium rather than a narrative one. I’m not sure I agree with his points, because to me it has always been mostly about the narrative and the visuals are definitely a part of the narration and it doesn’t make sense to separate them. But it was an interesting theme to work with and see what I could do with it.
If you think the uncomics concept is interesting and want to explore it further, check out Allan’s site: uncomics.org

So what you’ve seen in this post are two pages from the comic (pg 2-3).

And here are some noise (and some non-noise) tips from my tape collection (I was going to link to some video or something but I’ve only slept 3,5 hours so fuck it, I’m doing it this way instead): 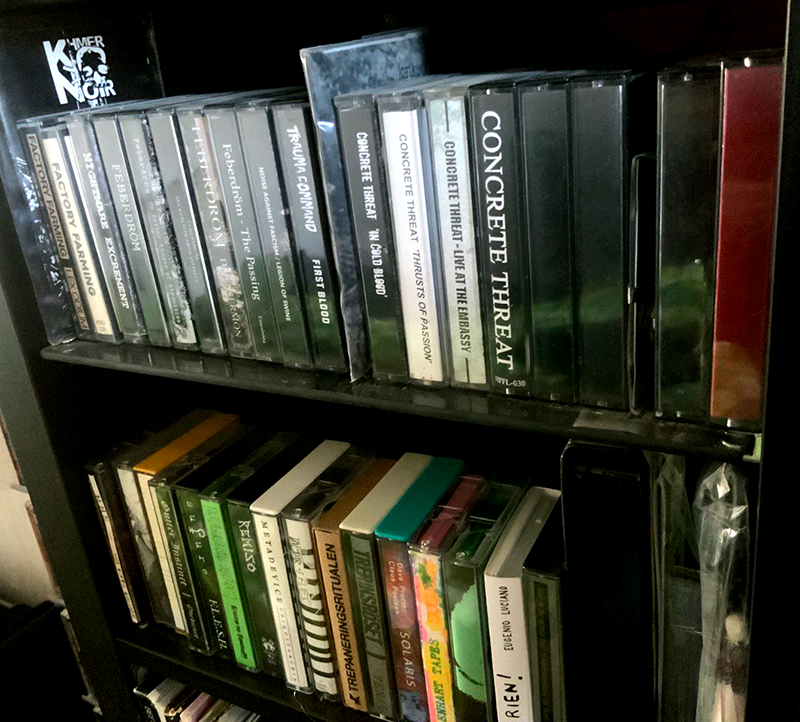 Books mentioned in this post that you can buy at Hybriden:
Piracy is Liberation 005: Free Section
CBA vol 56|57
After the Ends of the World (which also comes with a noise soundtrack, btw)