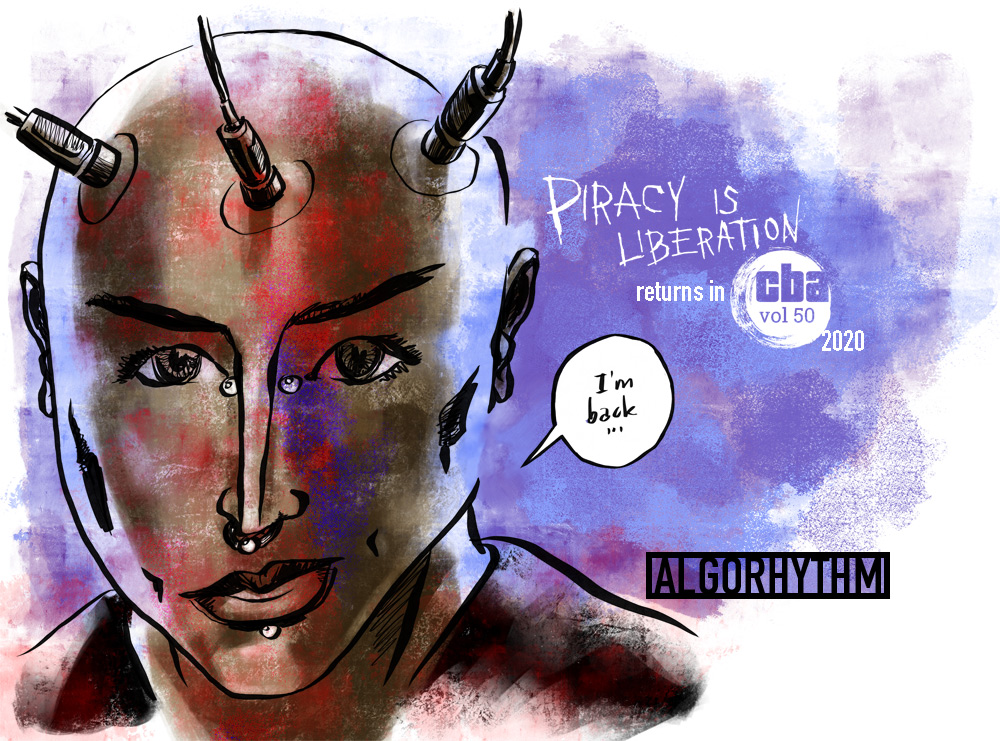 It’s been 13 years since I last published anything in the Piracy is Liberation series. I made the two collections of books 1-11 in 2013. Since then, it’s always been my intention to continue the story directly in a third volume rather than conrinue with book 12. The problem is that, as it turns out, making one 400+ page book is much more difficult than making 5 smaller books. So now I’m going back to what I used to do; publish a chapter as a self-contained story, for example in an anthology such as CBA. Fittingly, this will be my contribution to CBA vol 50, a volume dedicated to comics by members of the past and current editorial collective of CBA. Especially since the first two stories connected to Piracy is Liberation were published back in C’est Bon #1 and 2 (in 2001).

It’s a bit like coming home now when I return to this world I haven’t visited for so long. Rumor has it that every cell in my body will have been exchanged by new ones during that time. Does that mean that I’m a copy of myself? And if so, what does that mean, since the structure of my brain or whatever it is that forms my consciousness is more or less the same?

This one will be a story of Purple, set during the fight for copy rights, probably a few chapters into vol 3. It should be no problem to read it as a stand-alone comic, but if you have read the old ones, you’ll have a much greater grasp of the context surrounding the events in this one. I think that’s all I can say about it at this point. The story is called ALGORHYTHM and CBA vol 50 is planned for release by the end of this year.

If you haven’t yet read the old ones, here’s where you’ll find them. Books 001 and 002 should also still be available for download via The Pirate Bay.