If you’re into comics, you may have come across a phenomenon called the 24 hour comic challenge. The rules are that you have to make a comic of 24 pages within 24 hours, from idea to finished story. It’s a great experiment, because after you’ve done it at least once, deadlines seem less intimidating and your self-esteem gets a boost.

I’ve done it a few times, with varying results. There’s a rumor that one time I didnät have time to spend 24h, so instead I made 24 pages in 24 minutes. But I don’t remember and I can’t remember seeing the result. Stress can do that to you. 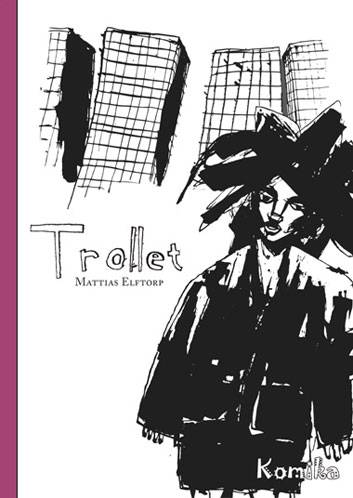 Anyway. They usually do it once a year at the Comics school in Malmö, where I took my second year in 2005. I think I was done writing and drawing after 18h, and I spent the rest of the time scanning and doing halftones etc. In the end I think I had one minute to spare or something. The result was The Troll.

I was quite happy with it, so in 2008 I asked Mikke Schirén who was running Komika förlag if he wanted to publish it, which he did. Shortly after it came out, Komika was closed down. So there were a some copies (I think the print run was pretty small, possibly Print on Demand) but it didn’t even make it onto Komika’s website and there was probably no distribution at all. I got a few author’s copies, but since it was a Swedish edition and I mostly do stuff in English, so it  took me a while to get rid of them.

I always liked the story, however. It was heavily inspired by the films of Shinya Tsukamoto and their soundtracks composed by Chu Ishikawa. Tsukamoto is probably best known for the Japanese cyberpunk classic Tetsuo: the Iron man, but his other movies are also really great (best are possibly Tokyo Fist, A Snake of June, Kotoko and I could go on but I won’t). They’ve calmed down in later years, but they still manage to be really intense at the same time. If you’ve seen his Bullet Ballet, you may notice that the gun from that film made an appearance in The Troll. 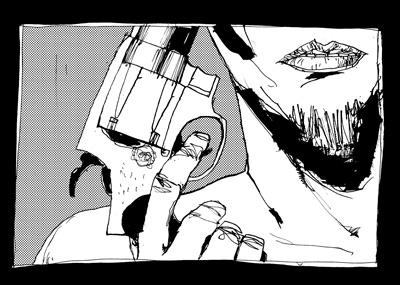 So when I heard that Mikke was resurrecting Komika in 2014, I asked him if he’d be interested in republishing the story, and he said yes. So I prepared the files for a bigger size and for two editions, one in Swedish and one in English. And then nothing happened. I think I was waiting for an ISBN or something, until I got tired and thought: While I wait, why don’t I make it longer? 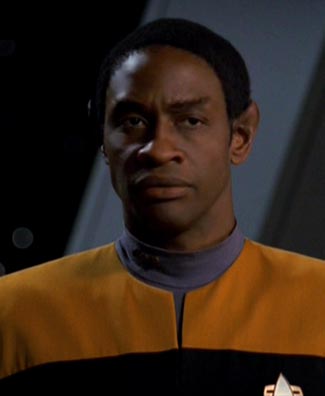 When I made the first 24h story, it felt right to end it with an apocalyptic scenario and a quote paraphrasing Tetsuo, but it made it harder to continue the story afterwards. Then, one night I was watching Star Trek Voyager with Kinga Dukaj. For some reason (this probably happened during a bathroom break, because I kind of remember having a shit) I started thinking about memory. Maybe something in the Star Trek episode reminded me of something from my childhood and got me thinking about how different persons can remember the same event completely differently.

Anyway, I came back and we started talking about memory, and how it works, and how maybe memories differ because they originate in parallel timelines, and we just went on from there. I realised that I should take notes. I also realised that this might be the key to what was going to happen in the two final chapters of The Troll. And it was.
So this book that started out as a regular apocalypse story, with a manga-esque family trauma for a prequel, turned into a philosophical discussion about the nature of human consciousness, largely inspired by various youtube videos about extra dimensions,the multiverse and string theory. And when I decided to introduce a 5-dimensional character and realised that I could make that character in 3D, it got really interesting. There are also some elements about corporate logic and an evil boss and war, but I won’t spoil the ending by talking more about that.

I finished the English version first, and got a few copies (Print on Demand) just in time for the CRACK! festival and a visit to Le Garage L in Forcalquier, France. But when I wanted more copies for the festivals of the fall, circumstances prevented Mikke from giving me more than 10 more copies and no 3D glasses. So we came to an agreement, because I’ve also had a job for a while so I had saved some money, that I would publish the English version as a Wormgod book instead. And here we are now, as the books arrived today and I couldn’t be happier about how it finally turned out! 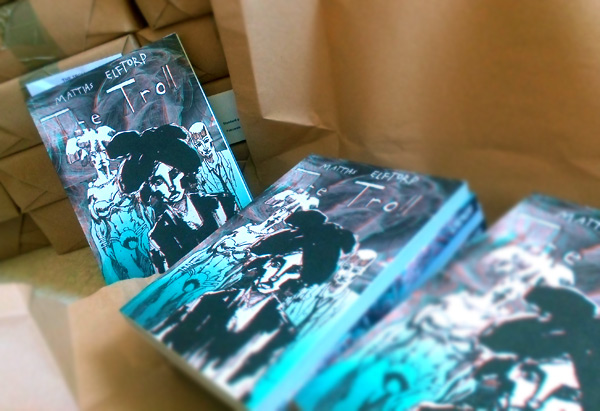 There will be a release party/exhibition on December 12 at Tusen Serier, and because I could be happier about a lot of things, half of what I sell for at the release will go to Kontrapunkt and their work with refugees and the local Roma people who were thrown out of their camp by the Social Democrats and the City of Malmö. 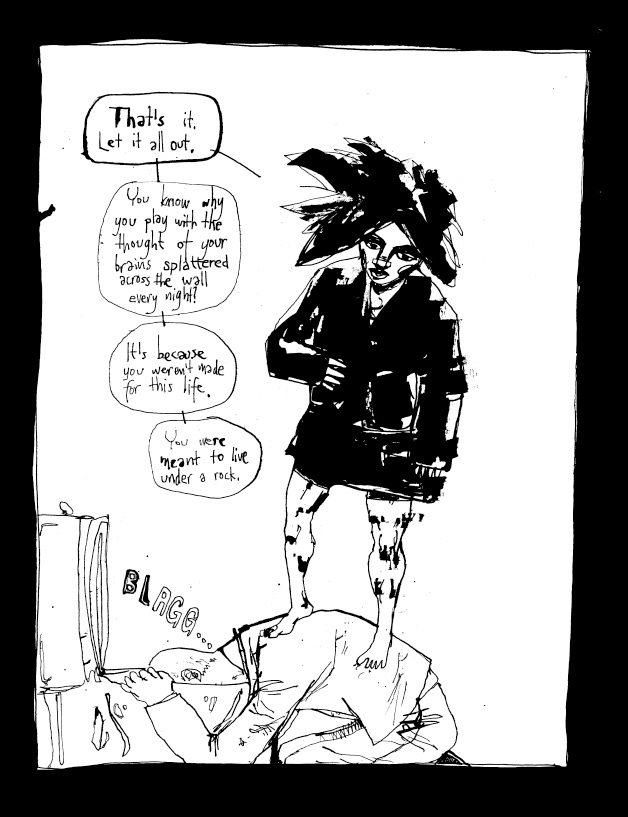