Very soon now, possibly as soon as tomorrow night, BLÅ and BEKELE will finally arrive to Malmö!
BEKELE will be available in one Swedish and one English version, so I’m doing this presentation in English:

Bekele is married to Johannes in Malmö, Sweden. They have to go to regular interviews at the Migration Board to prove that their marriage is real.
But what will they do when their lives are suddenly turned upside down? When something happens that puts more on the line than just their relationship?
This is the story of Bekele, Johannes and Simon, but also about the Sweden of today…

Script by Raquel Lozano & Mattias Elftorp
Art by Emre Özdamarlar
Only 120:- (SEK)!!
Direct link to the book (Swedish version only) at Apart’s webshop, the only place to find the book until we have it in Malmö.
Language: Swedish + separate English edition.

About Raquel Lozano (författare):
Swedish-Colombian nursing assistant. Debuting as a writer of graphic novels with BEKELE.

About Mattias Elftorp (författare):
Creator of the cyberpunk postapocalypse comic series PIRACY IS LIBERATION, the furiously political comic ARG KANIN/ANGRY ANIMALS and has been published in various anthologies. He is active in the art- and comics collective Wormgod, arranges the underground comics festival AltCom in Malmö and is one of the comics activists running Tusen Serier.

About Emre Özdamarlar (tecknare):
Moved from Turkey to Sweden in 2005 to work as an engineer. After 4 years he quit his job to start drawing comics. Emre graduated from the Malmö Comics School in the spring of 2013. 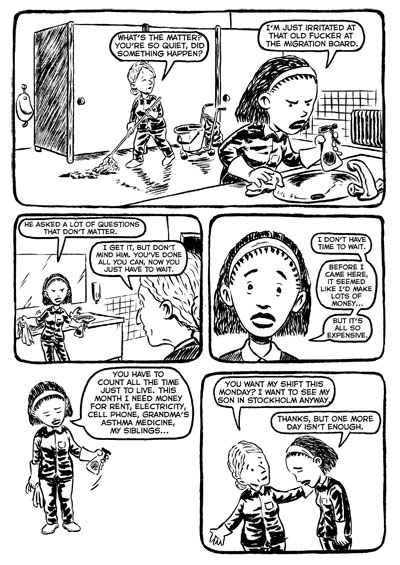 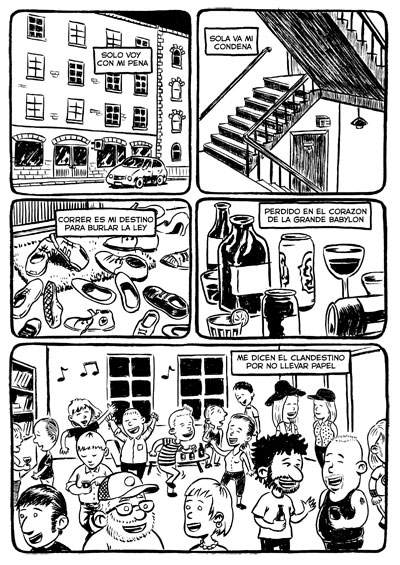 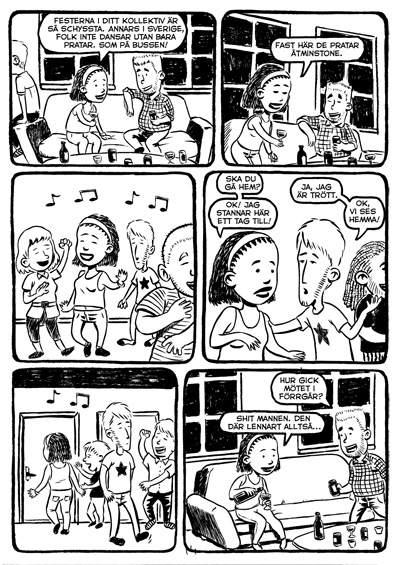 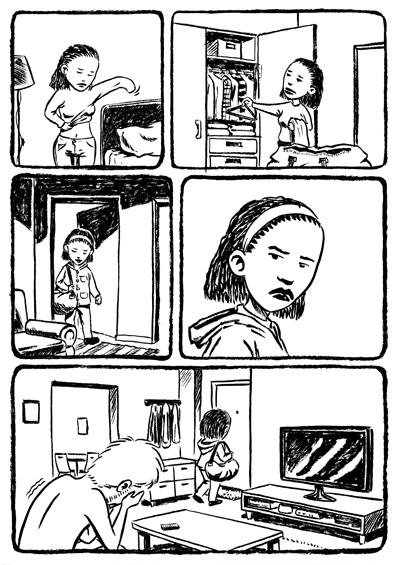