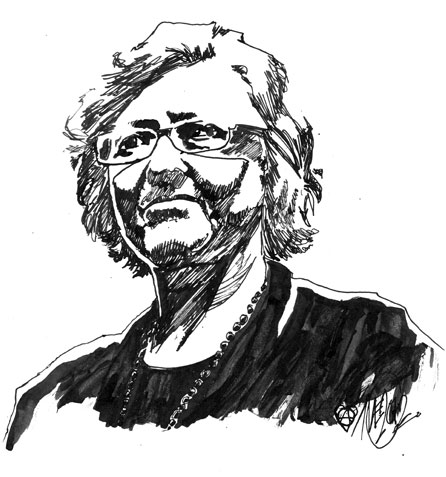 The last time I met her, we shared a few beers after the end of the I Seriernas Värld comics festival in Malmö 2011. I was disillusioned over Sweden in general and she helped me see, not that I was wrong but that I had an ally. Someone who understood exactly what I mean and could give me some added insights into what’s wrong with this place. It meant a lot to me right then. Still does.

I miss you, Kristiina.

One thought on “Kristiina Kolehmainen”