I just stumbled upon this old picture (well, kind of old): 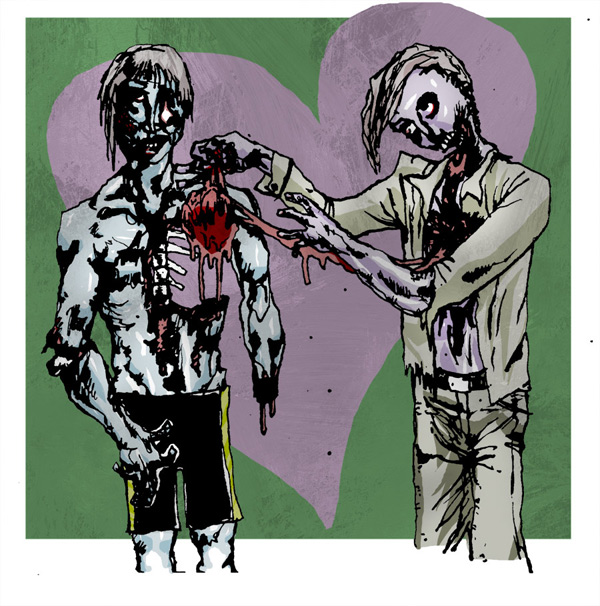 It was originally made as fan art for Kim W Andersson‘s Love Hurts, but I ended up giving him another piece. Now that I found this one I don’t think it’s that bad actually, so I thought I’d post it here.

Speaking of fan art… I’m featured in Åsa Ekström‘s Sayonara September (very nice, you should buy it), which was recently released. One full-page illustration of some of her characters: 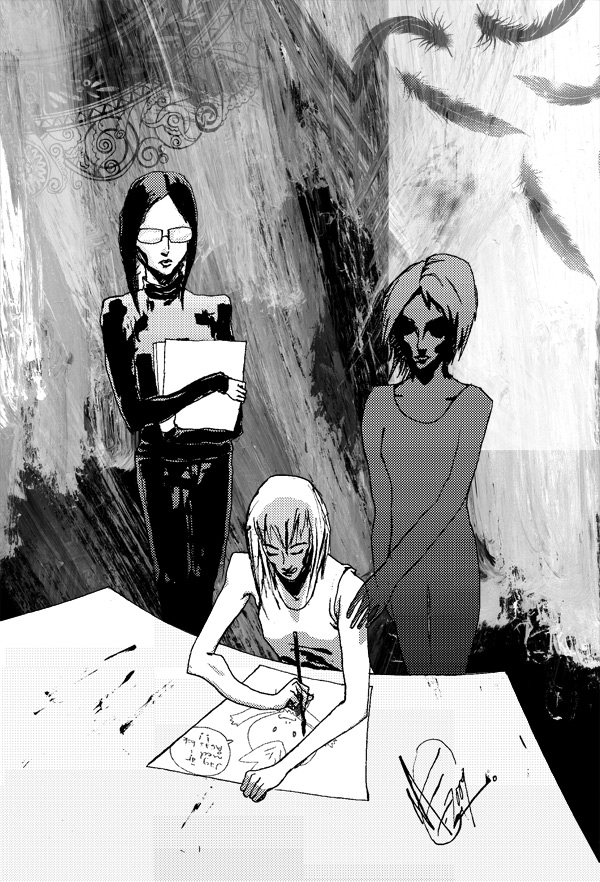 One thought on “Love hearts…”