Possibly a sketch for something I’m planning for CBA vol 53: PLACEHOLDER.

You will also soon be able to see the drawing process as a video on my Instgram.

Decided to join the #SixFanarts thing, so I asked Facebook to give me suggestions.The condition was that it could be characters from comics/games/movies/etc, but only stuff I know/like…

Of course I couldn’t do just 6. These are some of what came out: 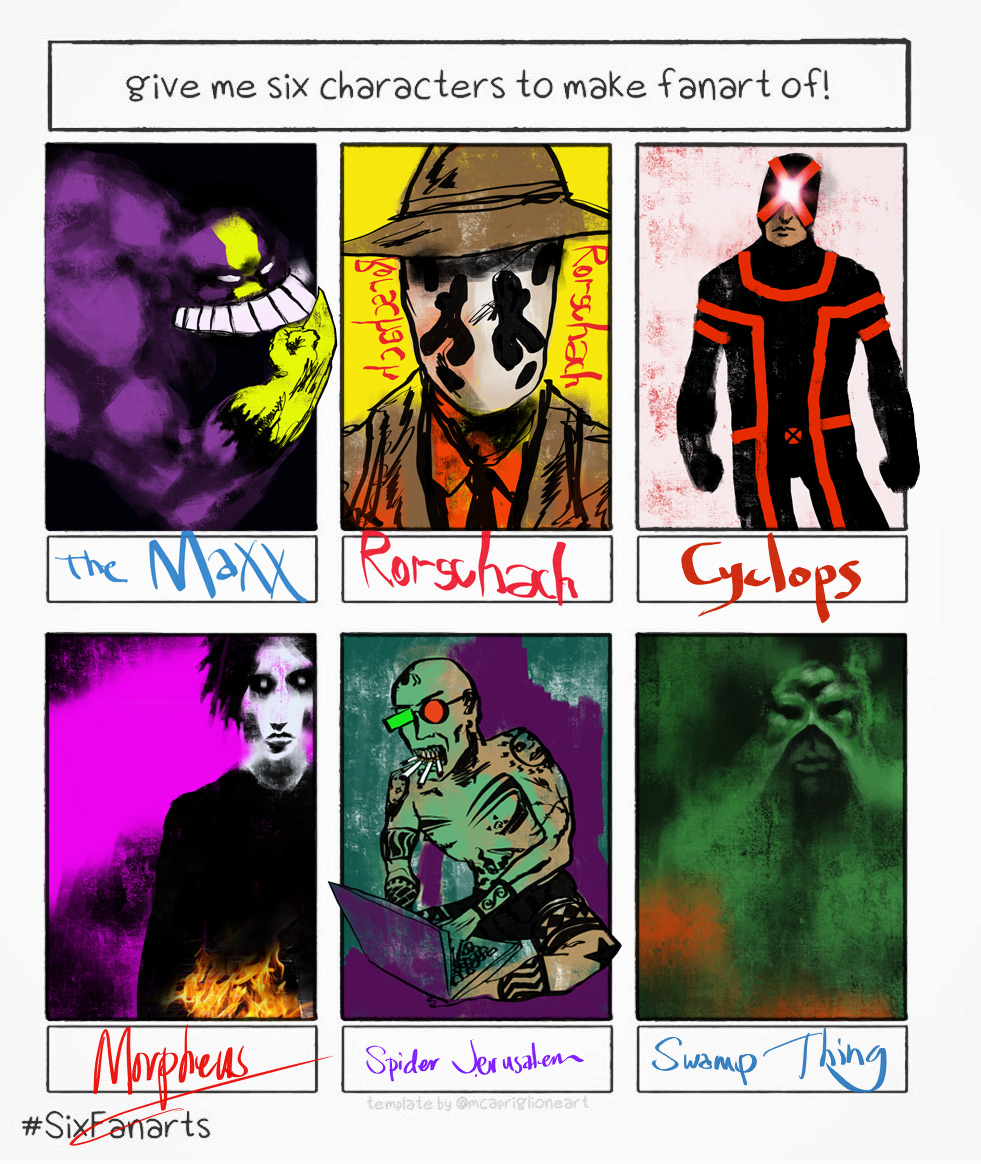 Some more random drawings from Procreate. Maybe I’ll use some of these for something some day, we’ll see… 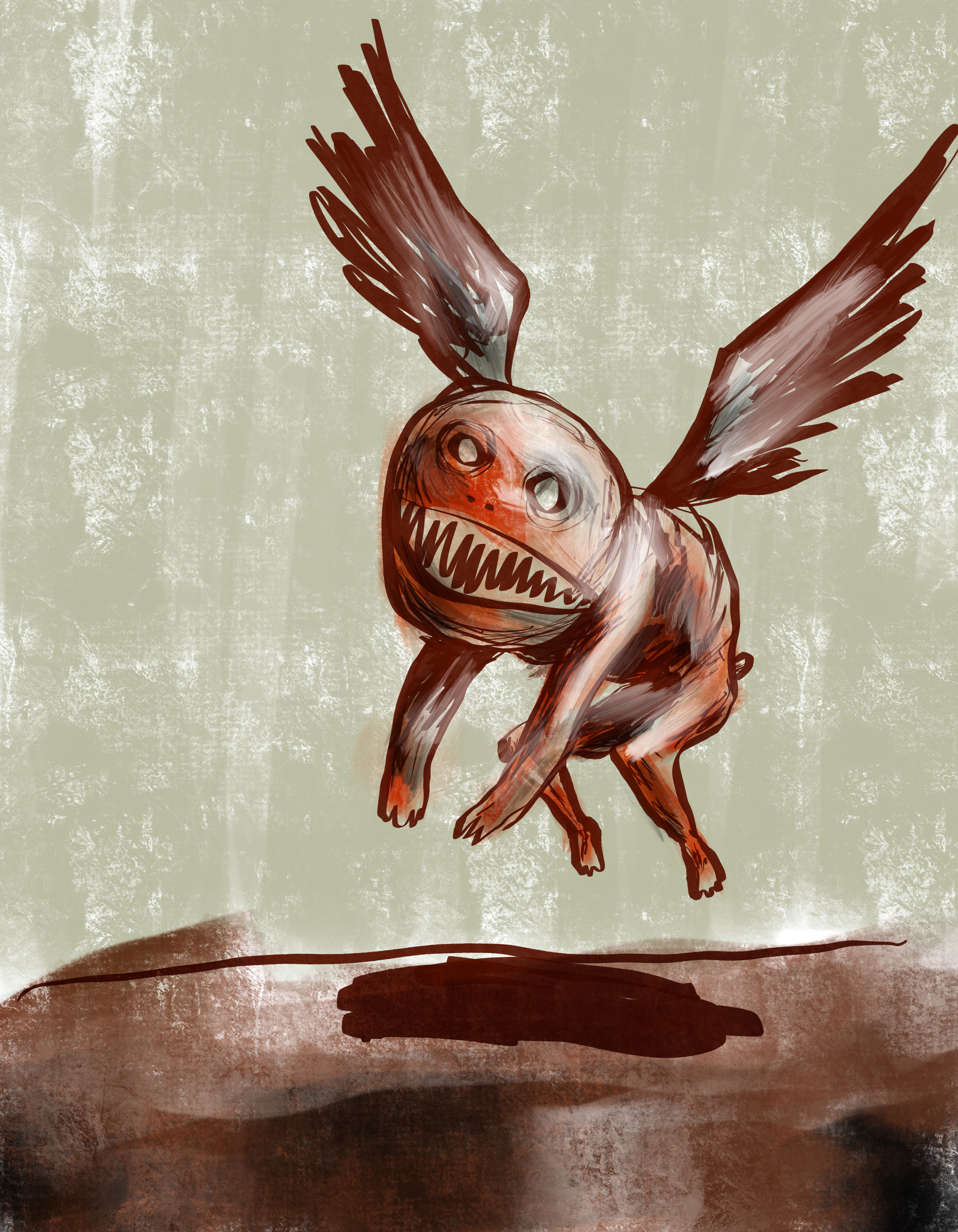 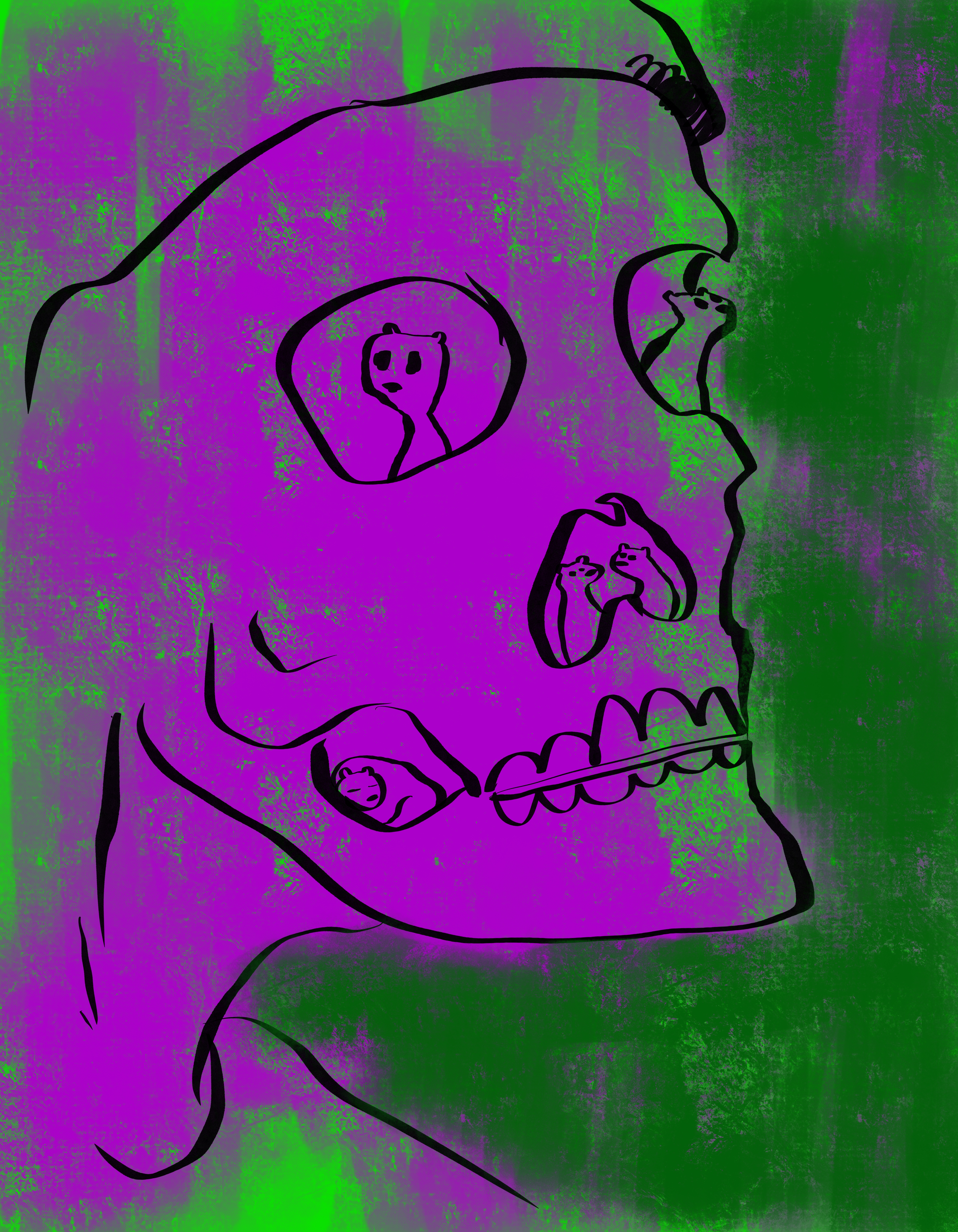 So I made this story: VIRAL.

I wanted to do something special. Not sure if I managed that, but it’s a short story based on an idea I had. I drew the thing and everythin, months before deadline. Made a b/w version for Stripburger (which they chose not to publish, which is kind of normal when I send them stuff), and then I decided that I didn’t like it the way I had done it. So I made another version (and a third version that never got developed further than the drawing stage).

Here are some pages. 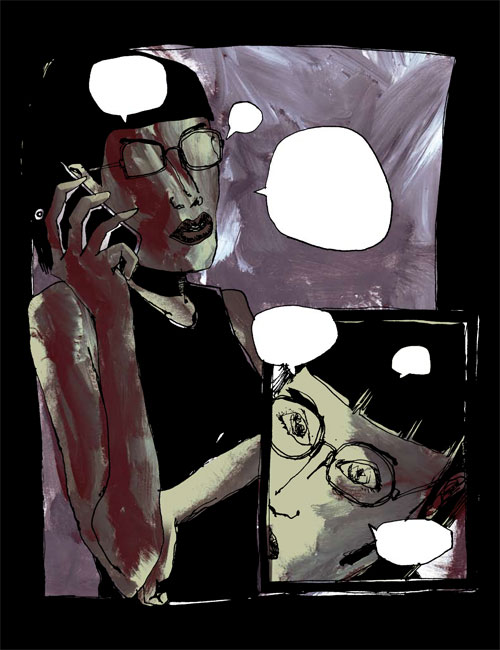 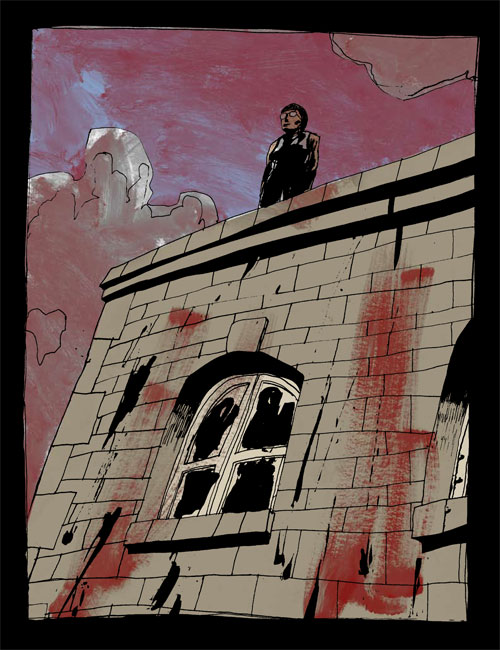 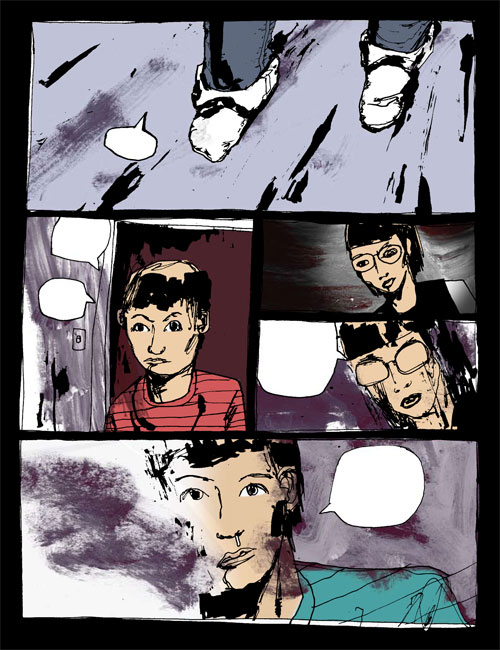 EDIT: The new version was entered into a competition and cannot have been published before, so even if it was just unfinished small-size exerpts, I decided to take them down. If you missed them you’ll just have to wait for CBA vol 30, which will be out in December (mysteriously 1,5 months after vol 31).

Version 2 is really far from what I usually do, drawing style-wise, but for this story I think it serves its purpose better, and I really liked how the colors turned out…

More sketches. There will be some more serious stuff soon, I promise!

The first one was inspired by seeing Danijel Zezelj handle a roller. 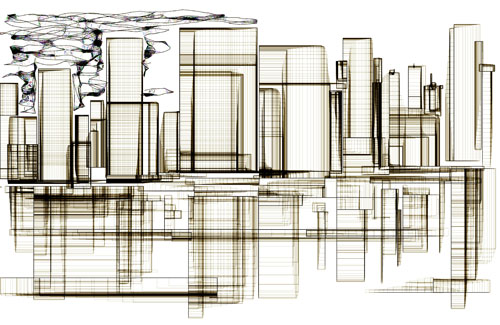 I once saw the original Alien costume from the first movie at a HR Giger retrospective exhibition. In a dark room, next to his furniture, it sat perched on some stool or something. I expected it to start moving at any time, but it never did, resulting in that special feeling of disappointment and relief at the same time. 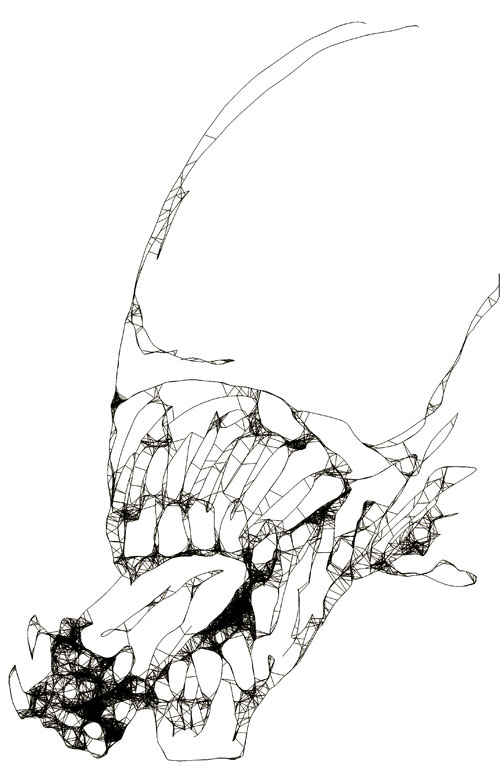 I have nothing to say about these last few drawings: 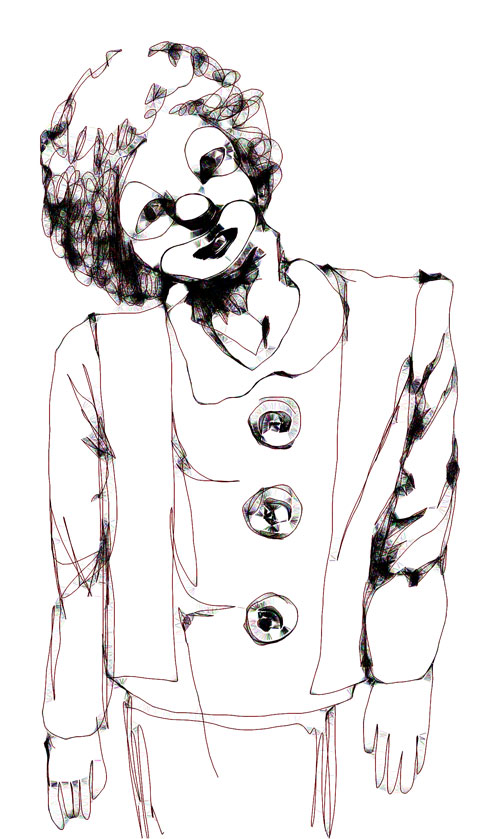 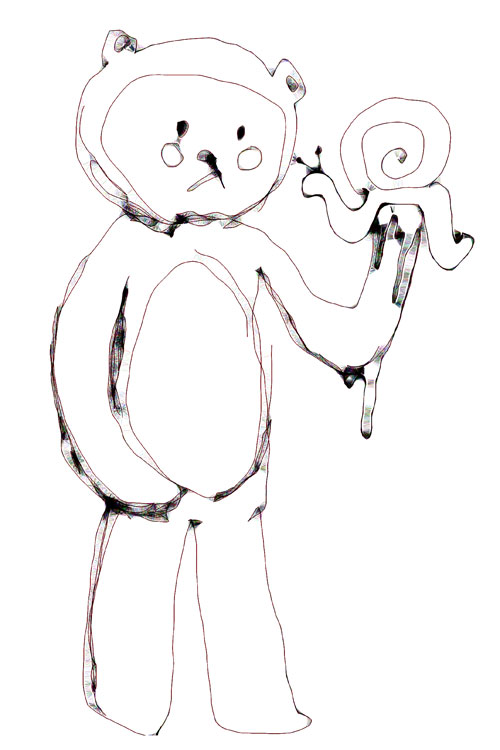 …except I call this one “the knifist”: 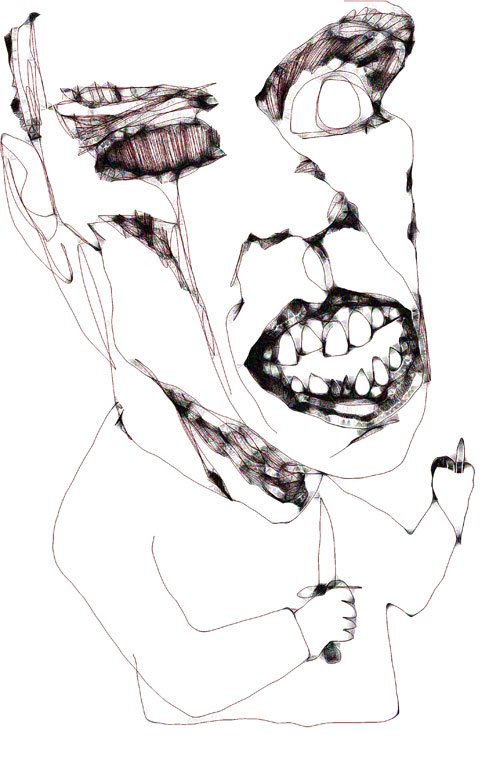 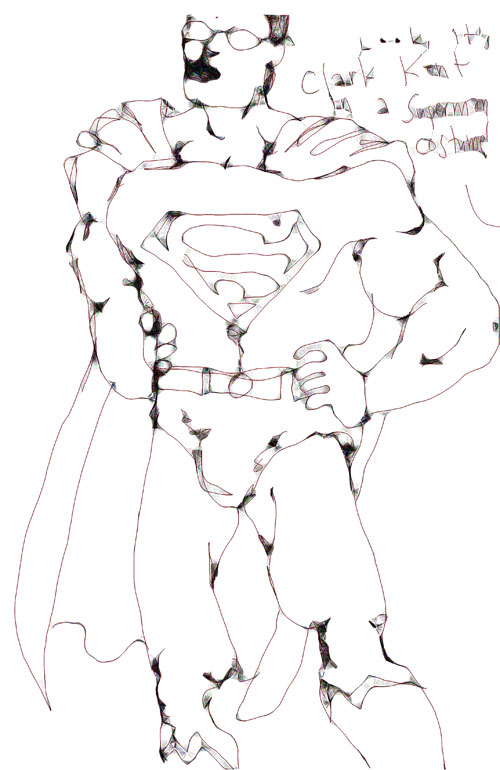 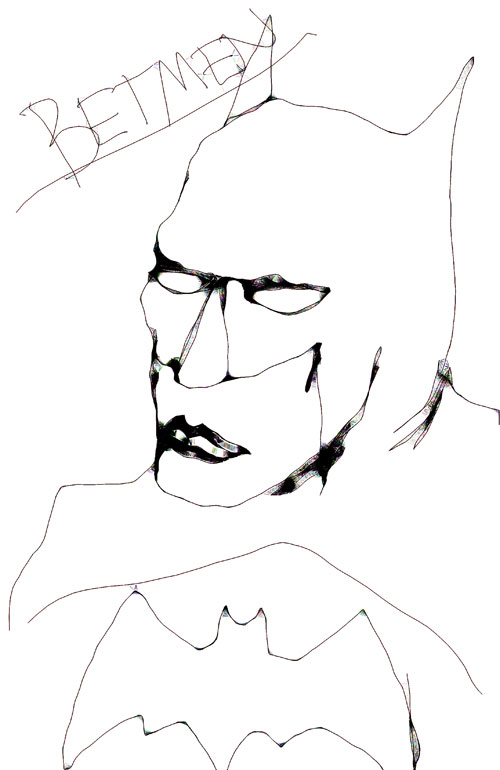 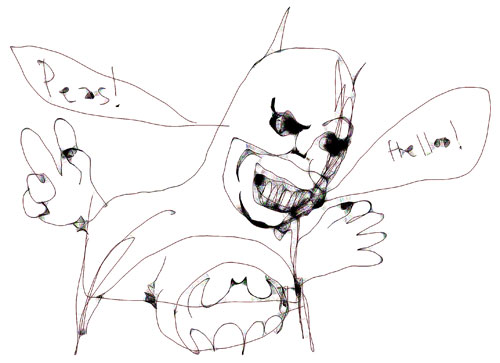 A while ago I downloaded an app called Draw n Sketch. I wanted something that would allow me to draw stuff without having to leave my bed in the morning. It’s pretty fun to play around with, even if it’s limited when it comes to work-related stuff. Which didn’t stop me from making a few comics on it. Anyway, here are some loose sketches: 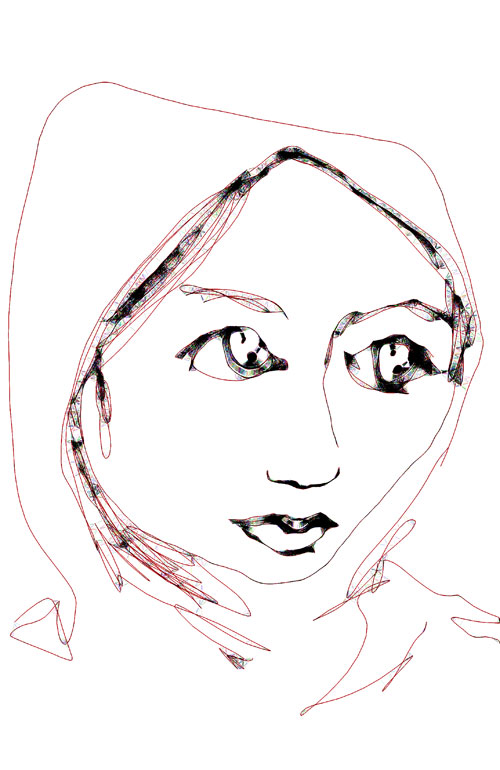 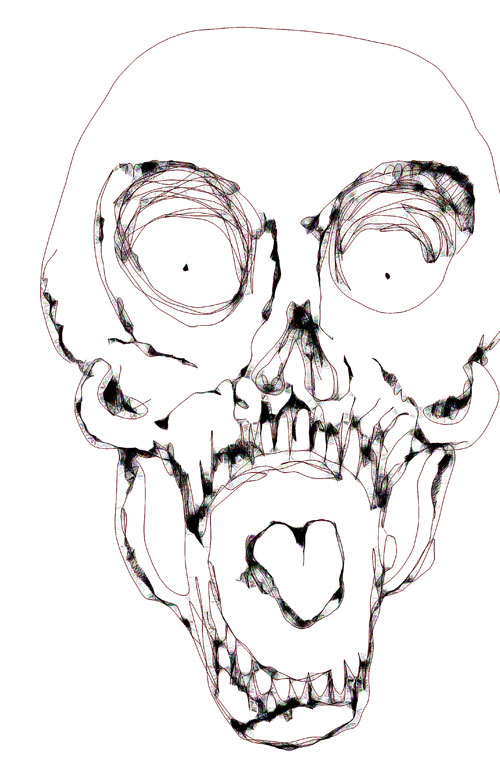 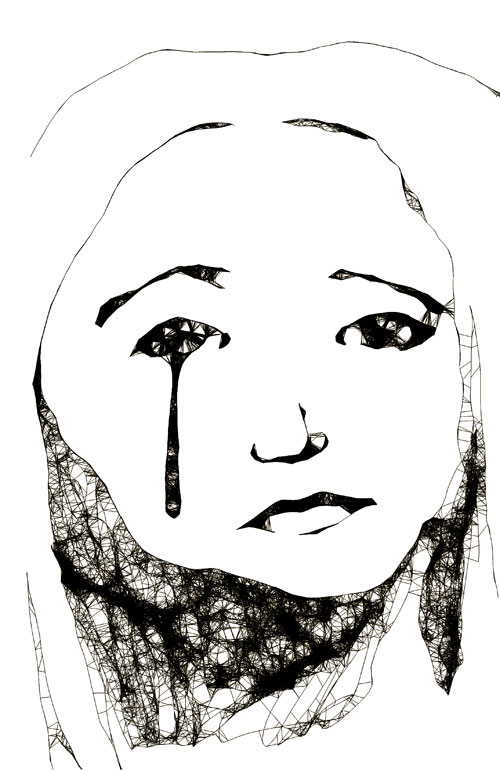 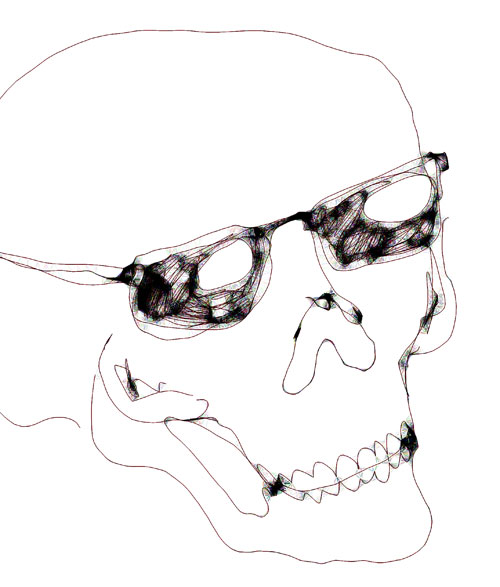 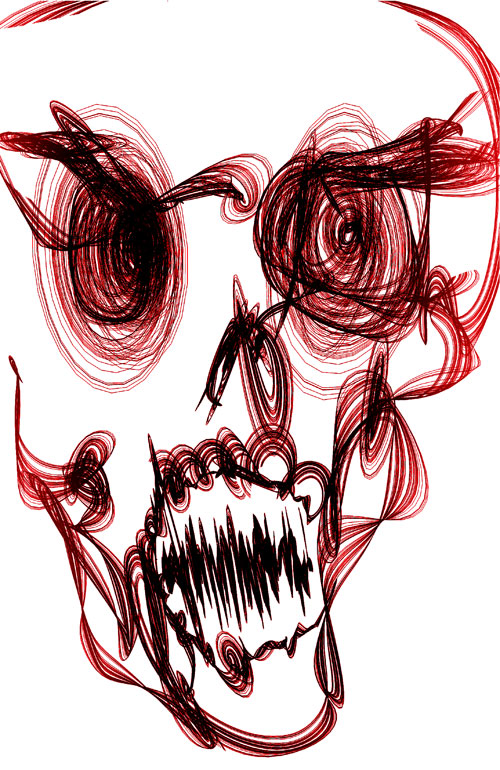 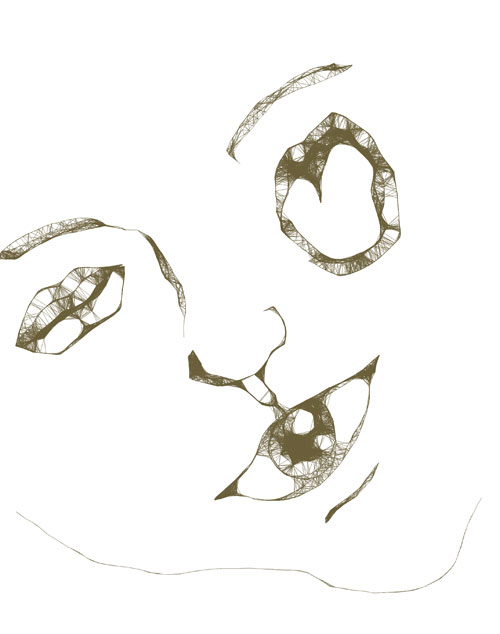 Thing is that I usually don’t do sketches, and I hardly ever draw stuff when it’s not meant for something specific. So this got me started doing some non-workrelated stuff. Which was fun, I guess.

I’ll show you some more of this stuff later. Probably…

This may be the wEirdest comic I’ve made lately. Refused from the upcoming RADIO issue of Stripburger, and I will probably forget all about it tomorrow, so you’ll have to read it here instead. 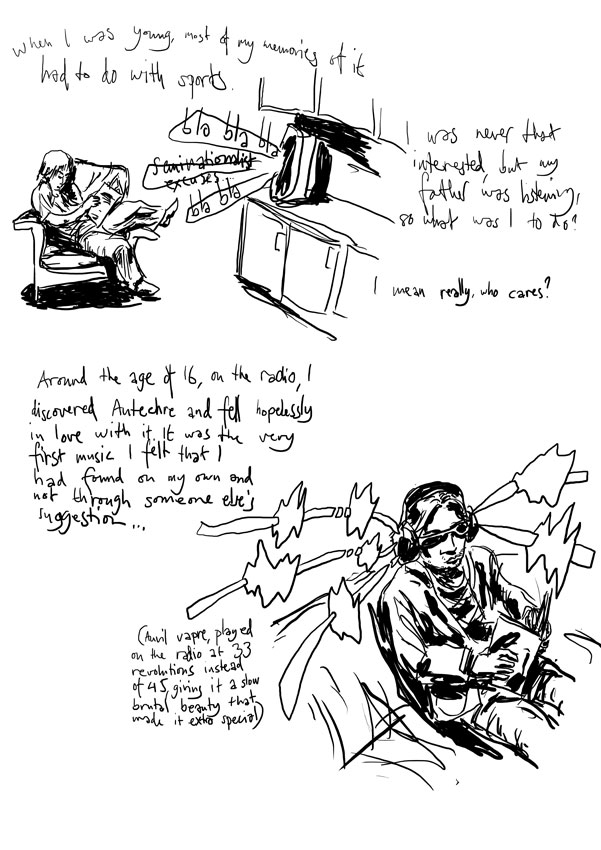 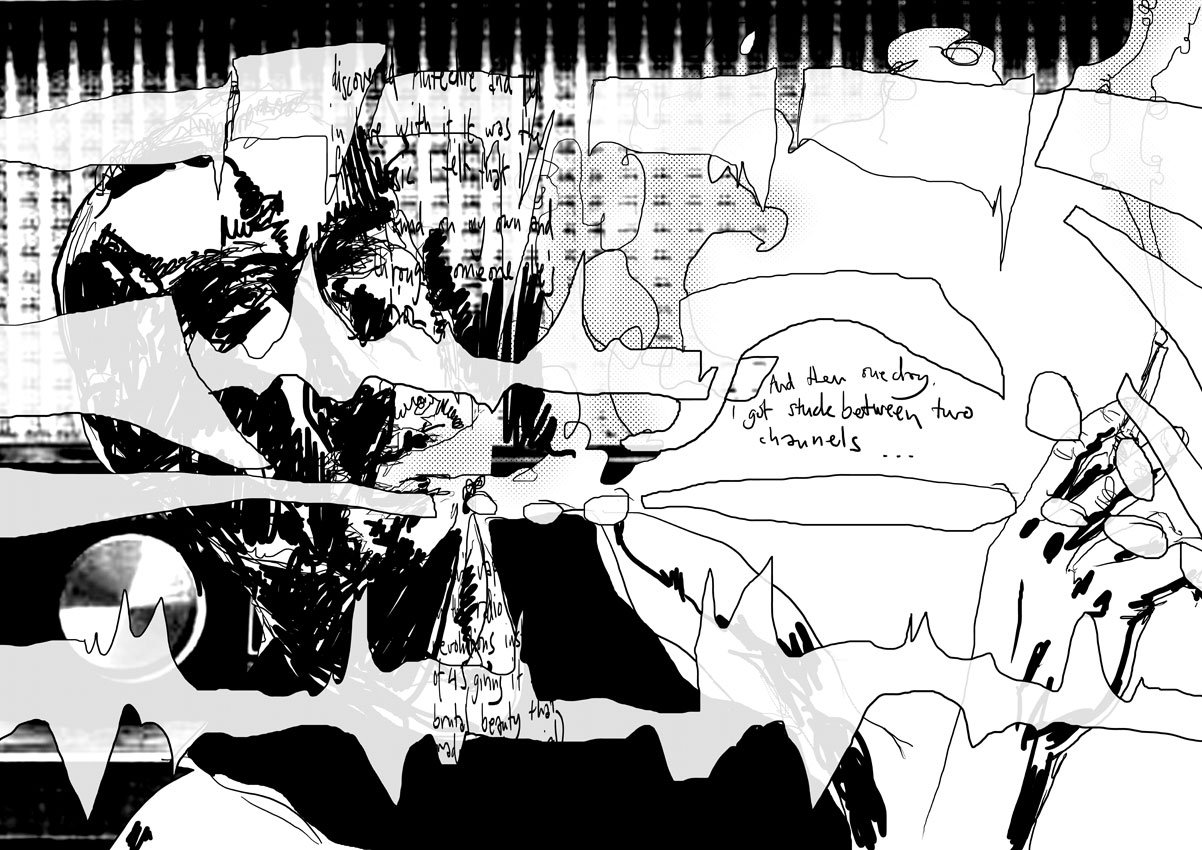 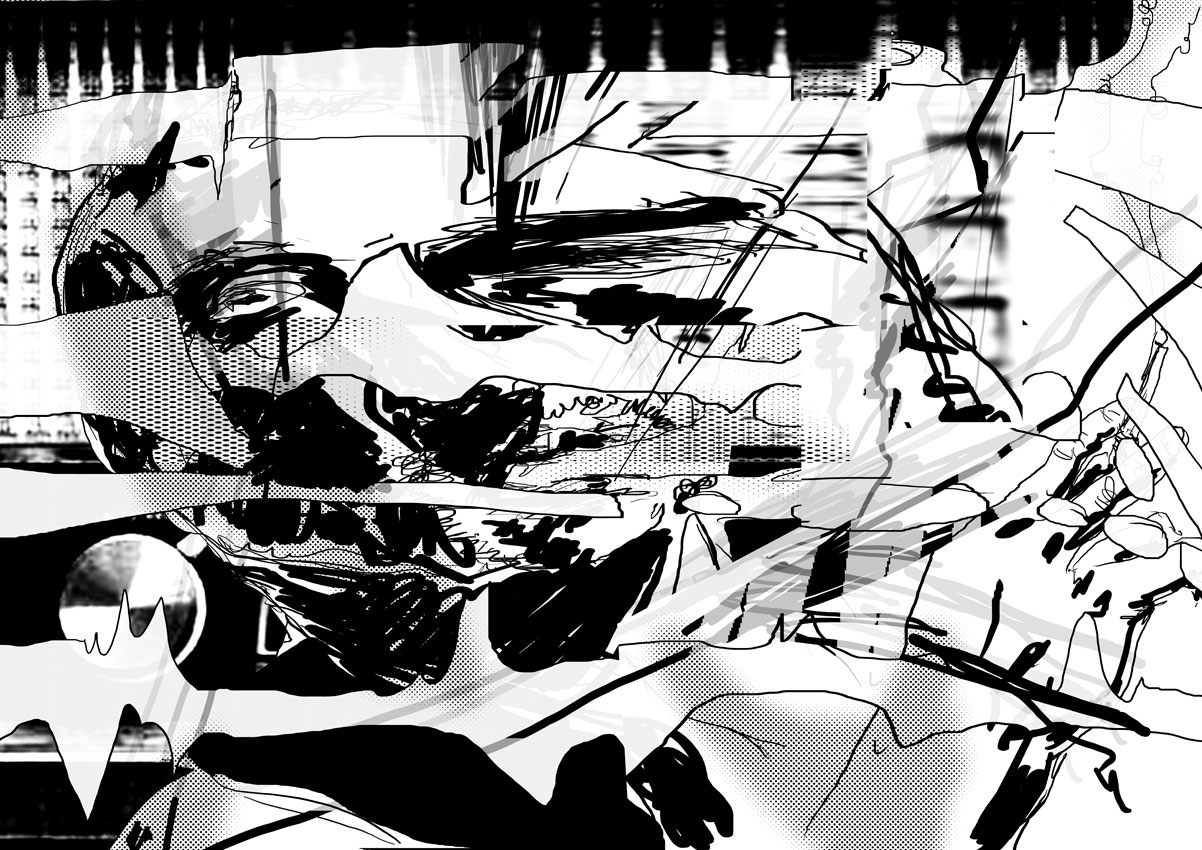 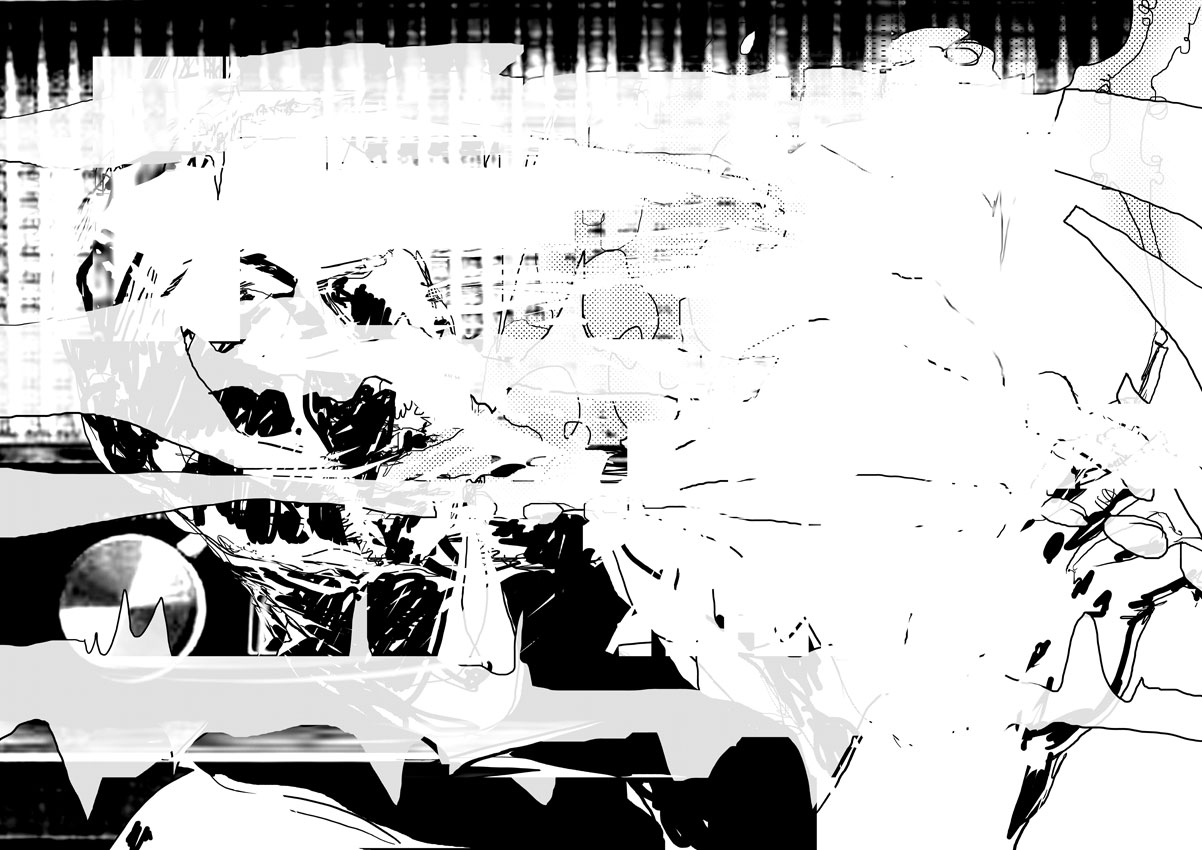 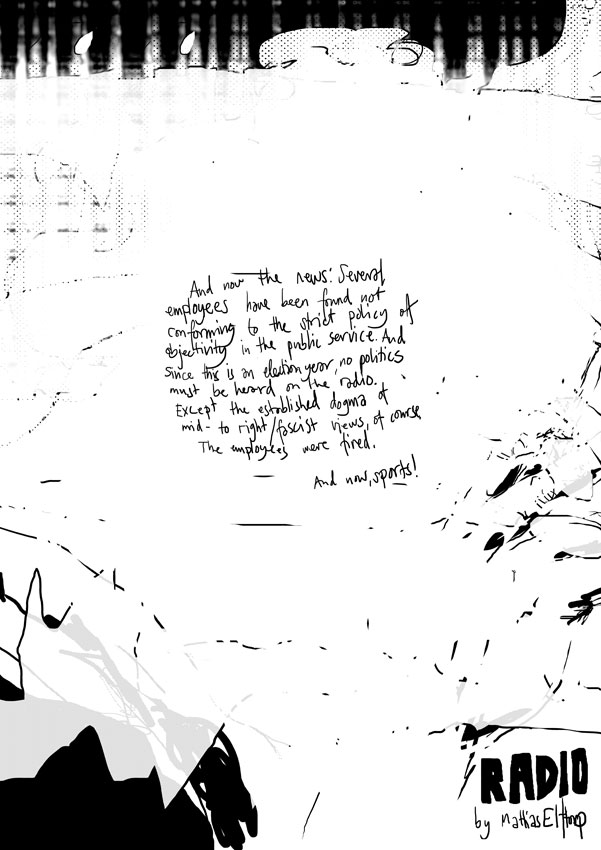 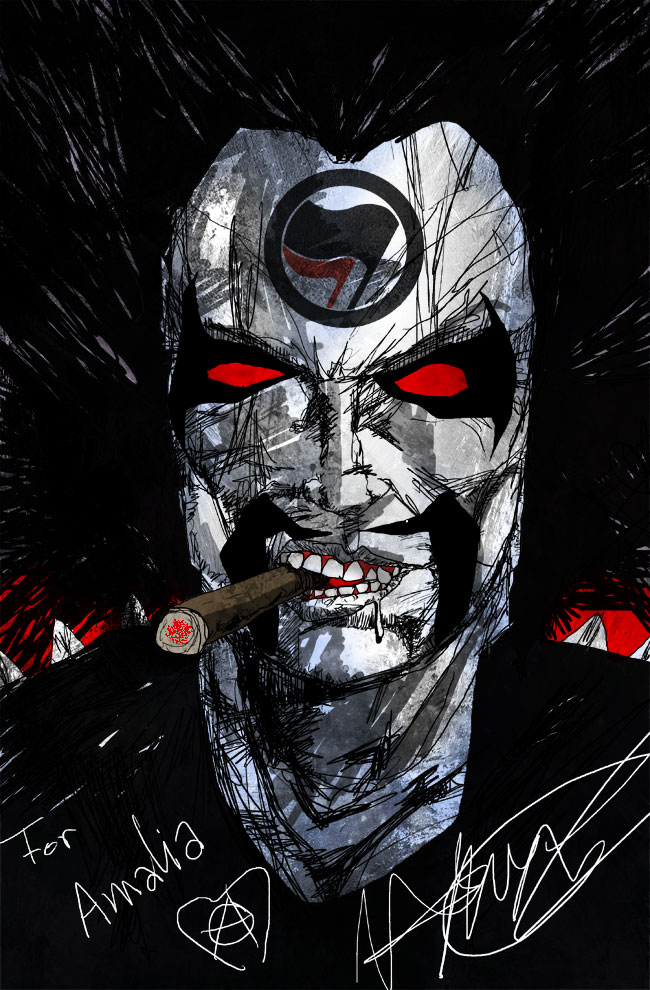