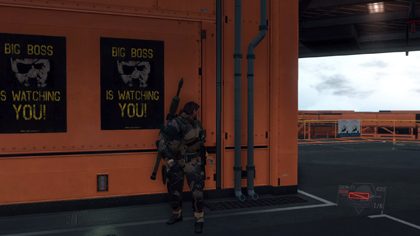 METAL GEAR SOLID V & 4
This year, I’ve finished Metal Gear Solid V: The Phantom Pain and Metal Gear Solid 4: Guns of the Patriots, in that order because I guessed (correctly, imo) that MGS4 was more of an ending to the whole series. While The Phantom Pain was technically the better game and I was enjoying it a lot, I think story-wise I liked MGS4: Guns of the Patriots better. The themes of PTSD and peace vs war and governments vs nation-free armies have been present through all of the Metal Gear series, but in this one they were taken to the next level. Not to mention the question of nuclear weapons that’s always been part of these games. Something I can relate to, having grown up in the 80s. I was never really into most of the specifically 80s culture, but the threat of mass extinction in a nuclear war was kind of looming a lot in the background.
Are there still un-unravelled (ravelled?) conspiracy threads left over after all these games? Probably, but I feel satisfied. Are there still game functions I haven’t explored, and reasons to go back and play them some more? Definitely. 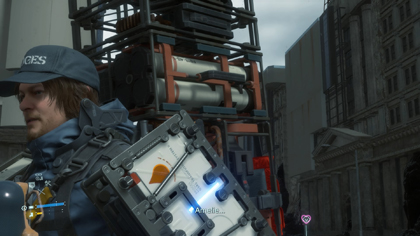 DEATH STRANDING
Death Stranding – best walking simulator/multiplayer/building sim I’ve played. Yet also none of the above and also foremost a massive fetch-quest with an increasingly engaging story. If that’s what you need in your life, this may be your thing. If that sounds horrible, this still might be your thing. Or not. In any case, it’s the best short description of the game I can come up with.
The way I played it, I spent maybe 10% of the time on the story and the rest on travelling around, delivering orders and building structures, which I have a feeling is a good way of doing it, because it gives you more of a connection to the game world which makes the story more engaging. But how you play it is pretty optional.
It’s also a deconstruction of videogame concepts that we’ve taken for granted for the last 30+ years, like carrying stuff, or killing/dying/getting extra lives. Also how you watch the final credits. Since inventing stealth mechanics in the first Metal Gear game, Hideo Kojima has always been innovative in his games, and he doesn’t disappoint in that area. 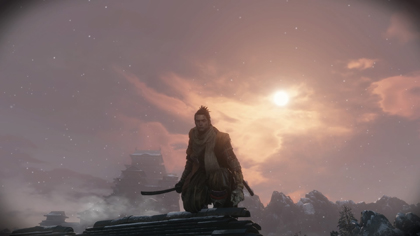 SEKIRO: SHADOWS DIE TWICE
I died more than twice, I can tell you that. But yes, this is another game that came out this year which deals with dying and being resurrected within the game’s internal logic. Being a sucker for meta stuff, this of course appealed to me. It’s also visually beautiful and the fighting mechanics are perfect and traversal feels really great and it has that typical From Software worldbuilding and I already look forward to a replay after I’ve finished it.
I’ve worked my way up to the final boss (in one of several possible storylines), and I still have a bunch of minibosses to deal with, so I will probably finish it next year. 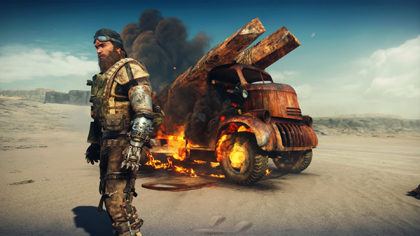 MAD MAX
After finishing Assassin’s Creed: Odyssey, I got into this game which I had tried a bit earlier but kind of underestimated. I more or less wrote it off as one of those cash-grabs relying too much on a brand name instead of delivering something original. But it was much better than expected and I spent quite some time thoroughly exploring its postapocalyptic world.

CATHERINE
How do I enjoy this game? The whole premise is based on gender stereotypes in a story of moral dilemmas I’m having a hard time identifyig with, but still! It’s a game about relationships, where you go through characterization episodes and puzzle episodes which all take you through a drama and I just find it interesting even though I probably wouldn’t recommend it to anyone other than for curiosity reasons.
Another point is that it’s a game from Studio 4°C who also gave the Tekkonkinkreet anime (based on Taiyo Matsumoto‘s excellent manga Black and White) and a bunch of other stuff, so there’s that…

WOLFENSTEIN II
Probably half-way through this nazi-killing, alternate-timeline, political comment/gore-fest. I think that sums it up. Light-hearted entertainment. 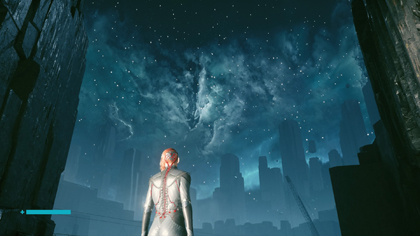 CONTROL
This was a great surprise. At first glance it seemed vaguely interesting but I decided to skip it. Then I got it as a birthday present and it turned out to be amazing! I know it’s been divisive and for some reason some people don’t seem to like it, but I couldn’t say why. The controls are well-balanced (not sure what I exactly mean by that but sure, why not?), the setting and mood are intriguing, the story is cool and there is this Finnish(/Scandinavian?) humor here and there which is hilarious and probably the thing that sold me. And you get superpowers and, maybe the most important part, you get Threshold Kids, the children’s TV show to end all children’s TV shows! 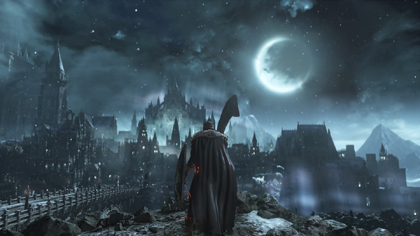 At some point I’ll have to finish Dark Souls III and Bloodborne. Even though I like From Software’s game design and Lovecraftian themes and world-building, I still haven’t finished any of them… 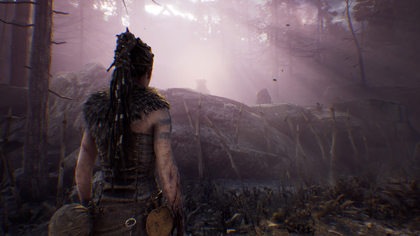 Speaking of interesting game development studios, I replayed Ninja Theory‘s Hellblade: Senua’s Sacrifice recently in order to get the platinum, and I have to mention it again because you should really play it. It’s great, and has psychological depth, and looks really great, and the fighting is occsionally epic, and the sound design is amazing!