I think it’ll be out in December so you should buy it then! It’s the 2017 calendar from Asylgruppen Lund that they sell to support their support work for asylum seekers. Each year, they invite various artists and writers to provide material for it. This is my entry for this year (click images for bigger version): 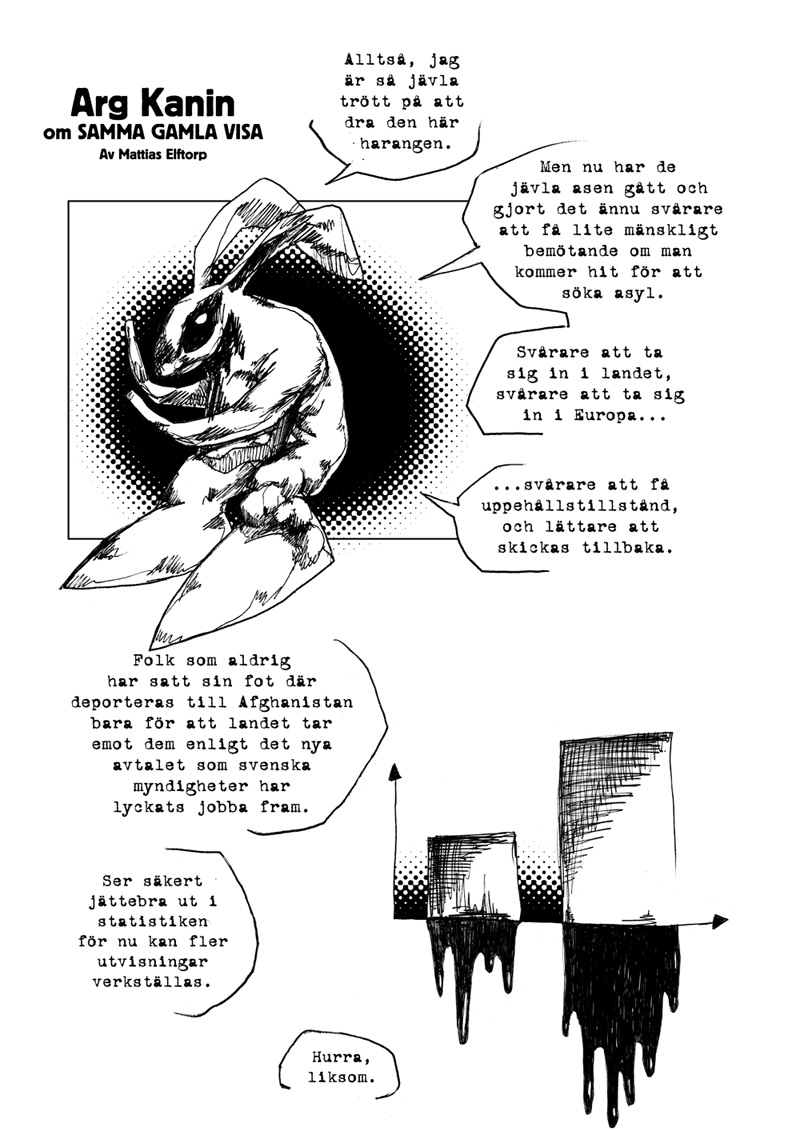 I am so fucking tired of this same rant over and over.
But now those assholes have gone and done it again and made it even harder to get some humane treatment if you come here to apply for asylum.
Harder to get into the country, harder to get into Europe…
…harder to get residency. And they’ve made it easier to deport people.
People who never even set foot there are being sent to Afghanistan just because they are willing to receive them, according to the new deal that Swedish authorities have been able to work out with the Taliban.
I’m sure it looks great in the statistics, because now they can enforce more deportations.
“Hooray.” 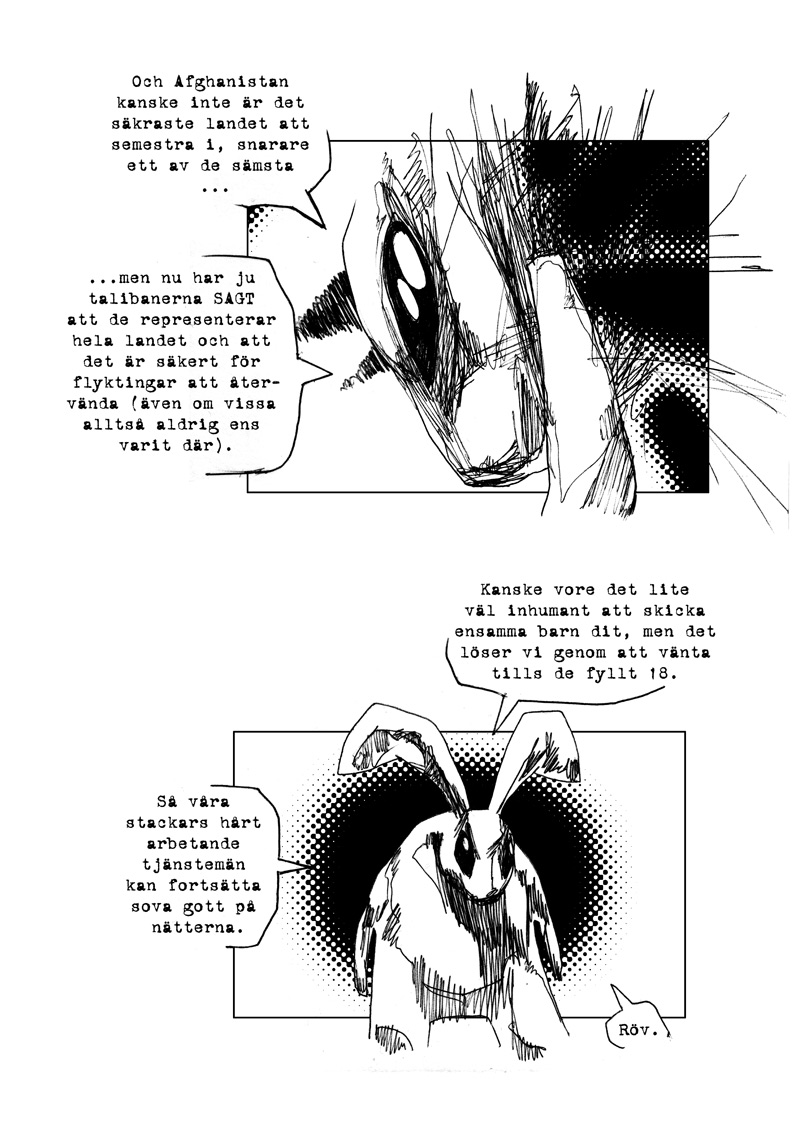 And Afghanistan may not be the safest country for a vacation, rather one of the worst…
…but now the Taliban have SAID that they represent the country and that it’s safe for refugees to return (even though some of them were born in Iran and have never been in Afghanistan).
And it may be inhumane to send lonely children there, so we solve that problem by just waiting until they turn 18.
So our poor, hard-working officials can go on sleeping well at night.
Assfuck.

Yeah, that’s right. You may have a different image of what Sweden is like, but it’s time to forget that now because that’s old news… It’s also noteworthy that this is a Sweden run by the Social Democrats, so we don’t even need the right wing for this, even if they’d probably do the exact same, or probably worse.

By the way, if you read Swedish, here’s a statement from Tusen Serier.