I feel I should write something about terrorism and the need for levelheadedness in the face of these things. How it’s important to not become paranoid or racist when attacks like the one in Paris happened. How yes, our Western society and it’s media and its people tend to care more about “our own” French people than the ones in Syria or Beirut or any of the other places where atrocities happen, but it’s still about a lot of people being murdered for reasons that we can’t condone or ignore. I would write that what we do about it is important. Because what we want is peace and not more meaningless bloodshed (see now, I’m trying not to sound like some Defence Leaguer so instead I come off like a hippie, and it’s all the terrorist’s fault).

Maybe somethingabout the Swedish terrorist hunt recently and about how they caught the guy who seems to have just gone on with his life like he wasn’t the Most Wanted (which is kind of suspicious), but I don’t have enough facts about it, so I can’t really say a lot. Except that I didn’t suddenly start trusting the police/authorities in general for no reason…

/Edit: Seems that they let the guy go, so I guess he was innocent. Is there still a terrorist running around the country, or was the whole thing a false alarm? Since they knew exactly who to look for, I would lean more towards a false alarm. They had his name and a pixelated photo, yet somehow they couldn’t find him (he lived at the address he had given to the Migration Boeard, with his name on the door, and his Facebook profile was open and available, so they could easily have found a better photo), and when they did get him, he was just going about his everyday business.

Compare this to when they found lots of explosives in a barn belonging to a Sweden Democrat who was obviously up to no good. In that case they didn’t raise any official nation-wide threat levels. And when a wave of fires against refugee accomodations sweep the country (around 30 so far this year), that’s also obviously nothing to take seriously… End edit/

Definitely something hopeful about how now maybe people will be more understanding towards refugees from Syria. Because this thing happened to people “we” can identify with because maybe we’ve been to Paris or at least seen it in some film. Or maybe something bitter about how it doesn’t seem that way because “we” just put up extra passport controls on the border and people seem to go on being stupid and paranoid about it.

I should also write something about the Roma that were evicted from the Sorgenfri camp in Malmö and who have been sleeping outside City Hall since it happened, even though the City has repeatedly stolen (with the help of the parking guards and police) their trailers, mattresses, blankets, clothes. And now it’s snowing. And the politicians (Social Democrats) do nothing except congratulate themselves and exacerbate their situation.

I probably have something to say about the term racism and how it’s lost all meaning to people who say racist things. To them, it’s just an insult, not a word that means anything. I could also reflect on how cartoon characters used to seem overtly simplified when they talked about themselves as “evil”. I would have said that no one would see themselves as evil. But now I hear that in some mainstream(?) circles in Denmark, for example, they talk about “good” people as some kind of bleeding-heart wimps and/or dangerous enemies of society (because they try to avoid being or acting like racists/fascists). Which I guess means that they consider themselves evil?

Basically, I would talk about how a lot of things are turning more and more to shit.

However, I’ve heard that people prefer to hear good news, so I’ll settle for showing you the comic I got the honorary award for at the Oulu Comics Festival a while ago (it was included in their Hunger of Horror anthology where they spelled my name wrong but who cares?). It’s probably going to turn up in CBA at some point as well, but I’ll show you the whole thing now anyway (more news later about CBA and also about Myling that got 3rd prize and will soon be a Tusen Serier book).

So here it is: Immunology 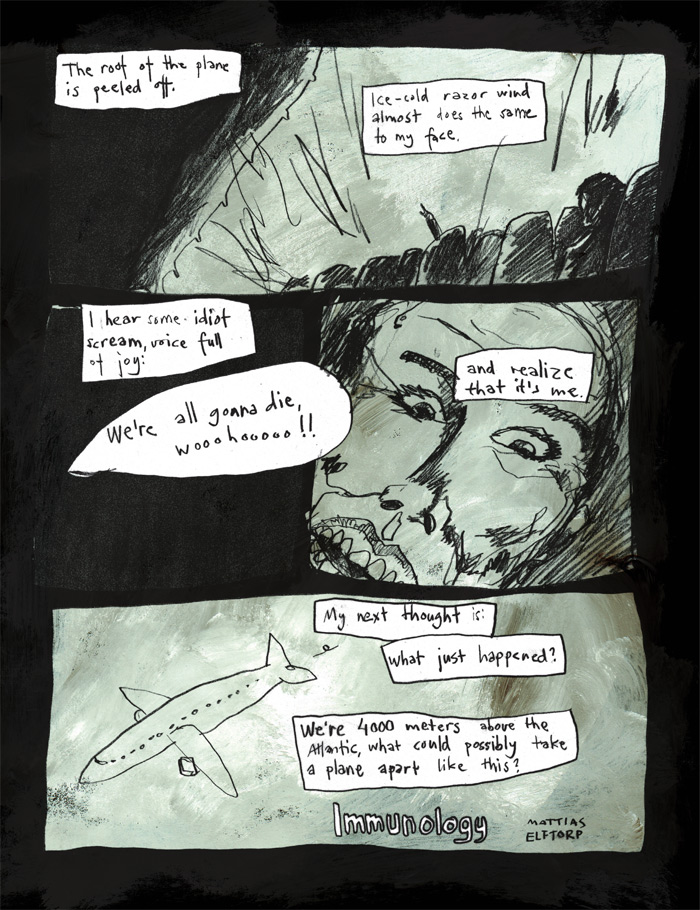 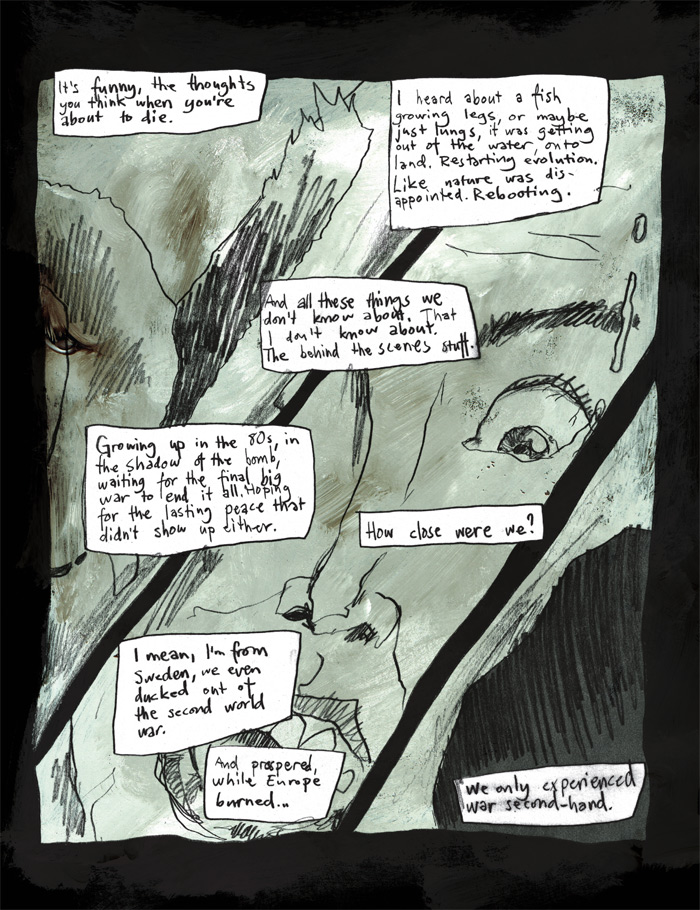 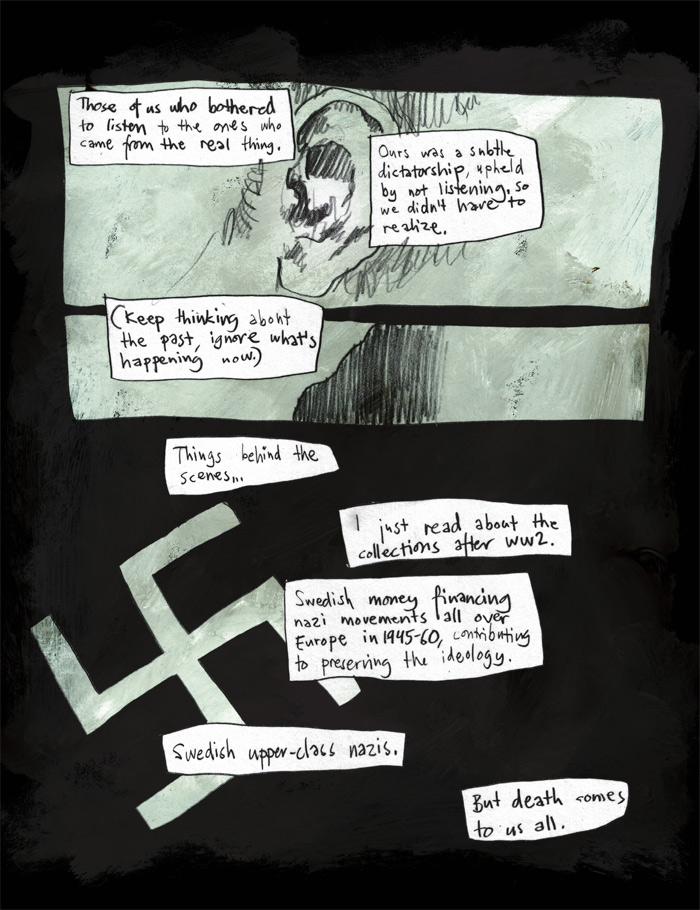 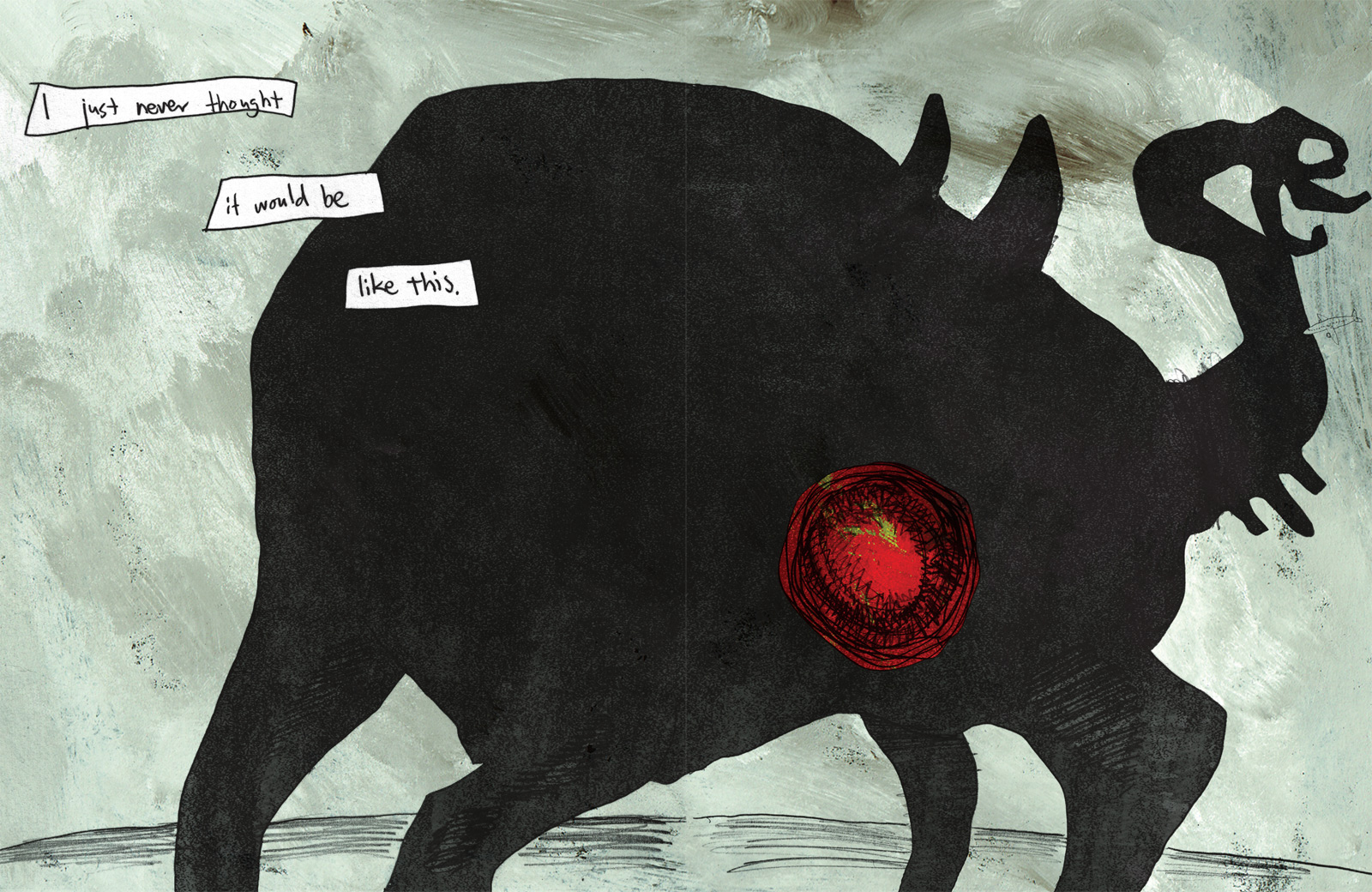 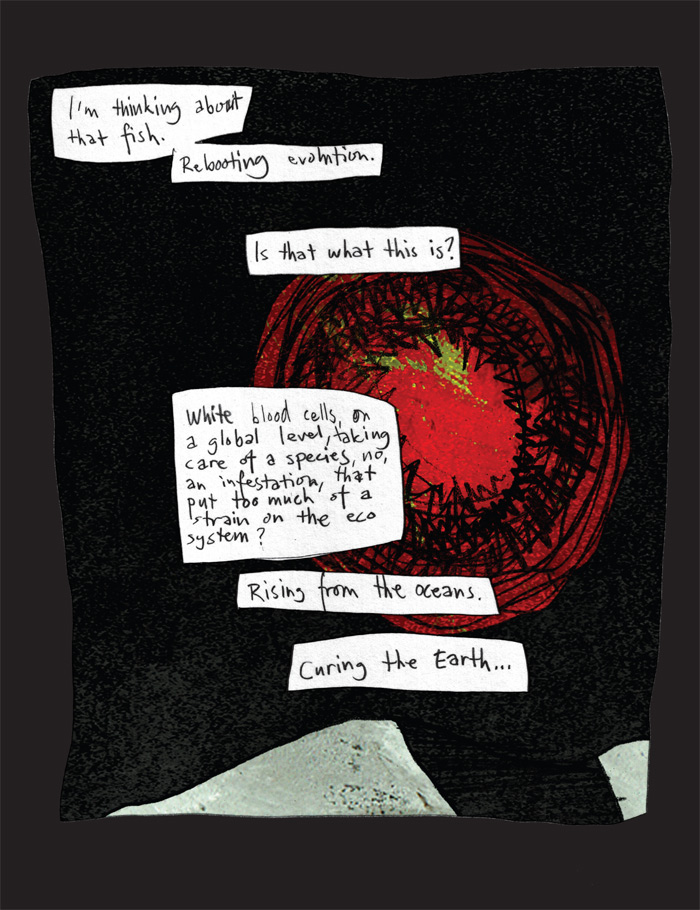 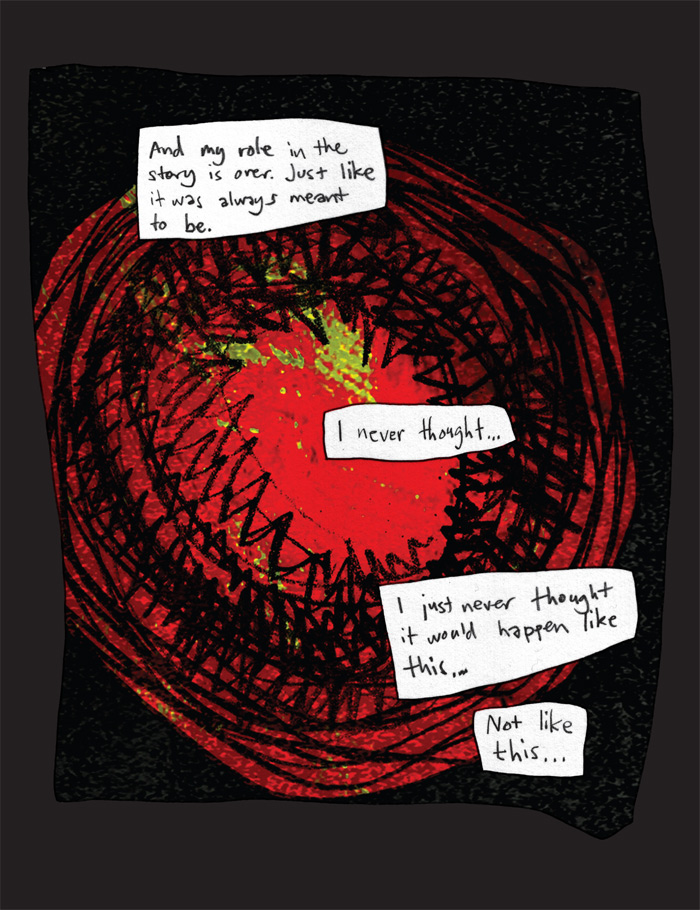 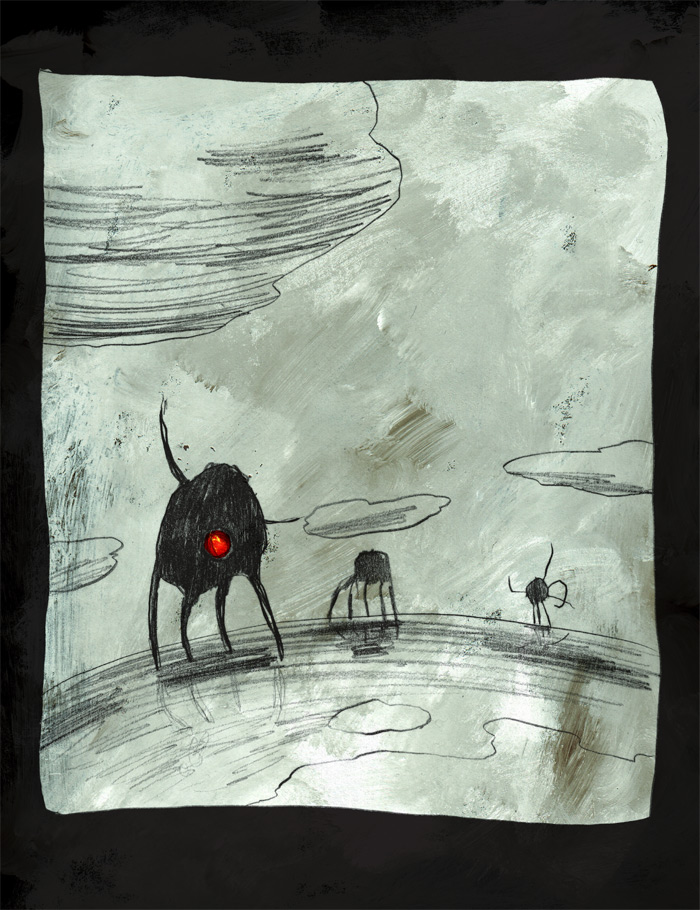