Two new illustrations published since last one I showed on this blog in the Världens Lyckligaste Folk series (by Lena Sundström) in Helsingborgs Dagblad. The first one is about the debate about veils that has been going on in various European countries. Denmark being one of them: 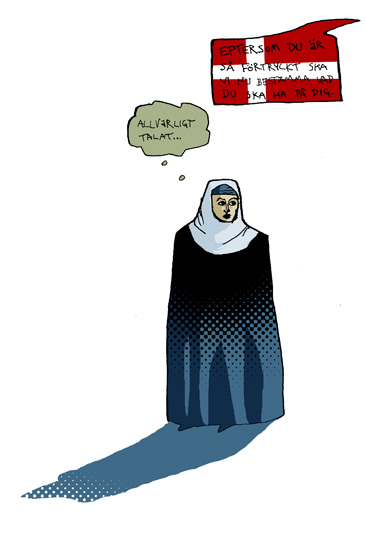 -Because you are so oppressed, we are now going to tell you what to wear.

And the other one, about statistics on the media coverage of different subjects before elections, and how that may affect the outcome (for example, foreigners was the subject of around 60% in the debates before the last Danish election): 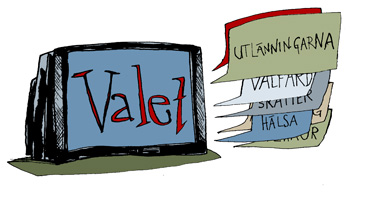