So. The first Wormgod exhibition, konSEKVENS, took place this April at the Växjö University.

For some more info, and the image in its entirety, go to the Wormgod site.

Being at the Academic Perspectives on Comics, Manga & Graphic Novels as Intercultural & Intermedial Phenomena event was a bit weird when we were just a few comics creators present and so many academics. It’s usually the other way around. The participants were nice though (except for one) and the lectures were interesting. -To a varying degree, I should add. There’s a limit to how much use you have as a creator for a definition of what comics are, and in some ways, definitions can even be limiting. But apart from that, it was a nice setting. Except…

A number of the copies I brought of Piracy is Liberation were stolen. Normally, I wouldn’t mind terribly. Charging money for the books is just a necessary evil, but in this case, considering the type of students I suspect to be the culprits, it doesn’t feel ok. Oh well. With some luck they’ll read the books and rethink their choices in life*… 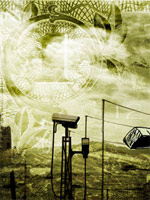 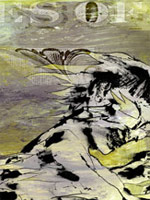 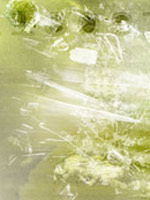 Anyway…
konSEKVENS is only the beginning and will be expanded into another exhibition called VÅLD. It will be shown at the release party for Piracy is Liberation 006: Violence, probably some time in July at Utkanten in Malmö. Keep your eyes peeled for information as things fall into place for the arrangement.

In conclusion, here’s the presentation that accompanied the image at the exhibition:

This exhibition is a sequential artwork about consequences. The image tells a story, perhaps many stories, about a crucial event in human history. Something that has affected our generation and our view on life in a very basic way. An event that brought death into the equation, on a scale that is bigger even than specieswide extincion.
konSEKVENS is also an experiment in linear/non-linear thinking. The images and their stories can be read like a comic strip, but it is up to their viewers to make the connections between different image elements and arrive at something that is not chronological. Something that is spread out through time: a multitude of events and their consequences.
In the end, we all live in the shadow of the mushroom cloud. A shadow outside of time that reaches the lab in Los Alamos, the streets of Hiroshima, the Whute House, the board rooms of the war industry and the minds of the visitors here today at the University of Växjö.

* Växjö University is not only the host for academic comics events, there is also the police academy. And, as we all know, the police are not to be trusted.